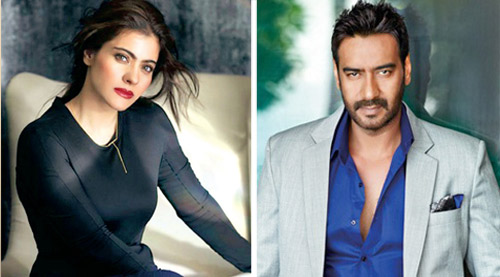 Ajay Devgn announced his much ambitious project Shivaay almost a year ago and the film has already gone on floors in Bulgaria. Now, we hear that his wife Kajol will also be actively involved in the film.

Though not as an actress, Kajol will be heading the marketing details of Shivaay. It is a known fact that Ajay is not only starring in the film but is also the director and co-producer of Shivaay, Kajol decided to help him in his dream endeavour. From what we hear, Kajol has been actively involved in every aspect of marketing starting from brainstorming to execution to promotional tours.

While Kajol has been on a break from Bollywood for quite some time, she soon made a comeback with her favourite co-star Shah Rukh Khan in Rohit Shetty's Dilwale, last year.