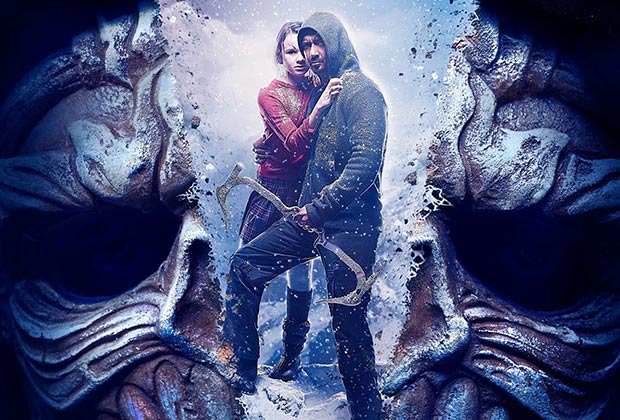 It’s not every day that you get to witness the clash of two gigantic films at the Box-Office. There have been times when two big films that got released on the same day and in some cases like LAGAAN and GADAR EK PREM KATHA (June 15, 2001), DIL and GHAYAL (June 22, 1990), both the releases managed to succeed at the box office. Despite releasing on the same date, these films proved to be blockbusters at the Box-Office. This week sees the release of two gigantic films in the form of SHIVAAY and AE DIL HAI MUSHKIL. Will the ‘divine intervention’ help the action packed SHIVAAY to outpower the mushy AE DIL HAI MUSHKIL or will it prove otherwise, let’s analyze.

SHIVAAY is an emotional action thriller that touches upon the relationship between a father and his daughter and the extent to which he goes for her. The film starts off with the fearless daredevil Shivaay (Ajay Devgn) helping the Indian Army in an assignment amidst the snow-clad mountains and dangerous terrains. This is followed by him leading a group of enthusiastic mountaineers to an expedition. On this expedition, he meets Olga Paramski (Erika Kaar). Gradually, they both fall in love and have a love child Gaura (Abigail Eames). After the birth of Gaura (who is mute by birth), Olga leaves both, Shivaay and Gaura, in order to live her life in her home country Bulgaria. Post that, Shivaay looks after Gaura as a single parent and tells her that her mother is dead. But, one day, when Gaura discovers the truth about her mother, she gets very angry at Shivaay for lying to her. In order to pacify her, Shivaay takes Gaura to Bulgaria to meet her mother Olga. It is here that Gaura gets kidnapped by unknown human traffickers. Thereafter starts Shivaay’s search for his daughter Gaura. He is helped by Anushka (Sayyeshaa), Wahab (Vir Das) and Sharma (Saurabh Shukla). Does Shivaay manage to trace Gaura as well as Olga in the unknown country of Bulgaria, what are the obstacles that he faces while searching Olga and Gaura, what role does Anushka play in Shivaay’s life is what forms the rest of the film.

When SHIVAAY’s promos were released, its serene locations and action packed stunts served as visual treat to the audiences. At the same time, the promos did not even reveal an ounce of a detail about the film’s tightly guarded plot. While the film does have stunning visuals and mind boggling action, the screenplay (Sandeep Shrivastava), despite a handful of flaws, manages to keep the viewer hooked.

After having made his directorial debut with U ME AUR HUM, Ajay Devgn dons the directorial hat for the second time with SHIVAAY. While the film’s first half is slow as it sets up the story, the second half becomes racy, engaging and taut, and is loaded with brillaint action sequences. It is however the climax that seems far too stretched than required. Ajay Devgn has put his heart and soul as a director in SHIVAAY, which is pretty much evident in every frame of the film. Ajay Devgn comes out with flying colours as a director of SHIVAAY. He has successfully managed to package the product named ‘SHIVAAY’ in the right manner so as to suit the taste of the cinegoers. Even though the film’s setting, locales and actors are mostly foreign, the essence of SHIVAAY is totally Indian, which acts as a major connecting factor for the viewer. Ajay Devgn has successful incorporated the entertainment quotient in the form of action, which works as the right ingredient for the audiences. There are a handful of scenes in the film that one should not miss at any cost. That includes Ajay Devgn’s introduction scene, the avalanche incident amidst the mountaineering expedition, Gaura’s kidnapping scene and the chase that follows. Full marks for Ajay Devgn for being successful in extracting brilliant performances from the film’s cast. 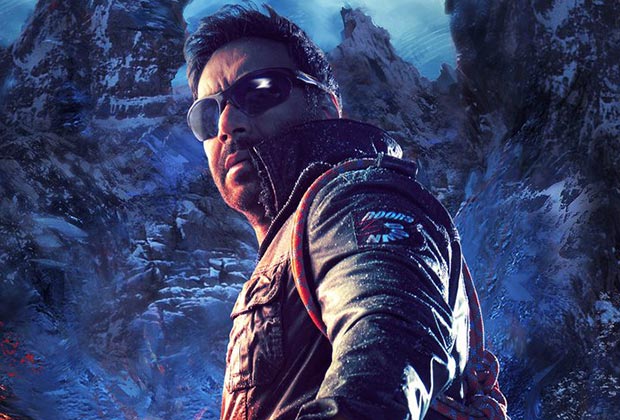 As for the performances, the film rides solely on the ‘divine’ shoulders of Ajay Devgn, who excels superlatively in the titular role of Shivaay. While his last film DRISHYAM was the psychological thriller, SHIVAAY marks the return of Ajay Devgn in his action mode. Ajay Devgn excels in the role that is totally tailor made for him. The onscreen relationship that he shares with the child actress Abigail Eames is extremely natural and flawless. While Ajay Devgn carries the entire film on his own, he is very aptly supported by a stellar performer in the form of Abigail Eames, who makes an extremely impressive debut in Bollywood with SHIVAAY. After having worked in Hollywood shows like LAWLESS and HARRY & PAUL'S STORY OF THE 2S, the child actor Abigail Eames makes an endearing and a remarkable debut with SHIVAAY. Even though she is shown as a mute girl (hence, no dialogues), the way with which she expresses and emotes with her eyes is highly effective and impressive. Debutante actresses, Erika Kaar and Sayyeshaa, both do justice to their respective characters. On the other hand, Vir Das and the veteran actor Girish Karnad are effective in their cameos. The rest of the film’s actors do their bit to carry the film forward.

The film's dialogues (Sandeep Shrivastava) are strictly average with no outstanding one liner that the audiences can cherish. The film’s second half does have a couple of corny moments, which could create unintentional laughter. Even though the music (Mithoon) of SHIVAAY is not impressive (title track notwithstanding), it’s extremely impressive background score (Mithoon) more than covers up for the music.

The film’s cinematography by Aseem Bajaj is simply outstanding. Full marks to him for making SHIVAAY look so grand and beautiful, surely making it a big screen experience. The film’s editing (Dharmendra Sharma) is decent. Full marks to the action director and his team for doing a marvellous job.

On the whole, SHIVAAY is a perfect emotional thriller that scores high on the account of its breathtaking visuals, amazing action and a high octane performance by Ajay Devgn. At the Box-Office, the extended weekend in the form of the festival holiday will prove to be bountiful for the film. Don’t miss this one.

FORCE 2 opens better than ROCKY HANDSOME and SHIVAAY in overseas

watch with your children

If u love your daughter than don't miss shivaay. A perfect diwali dhamaka