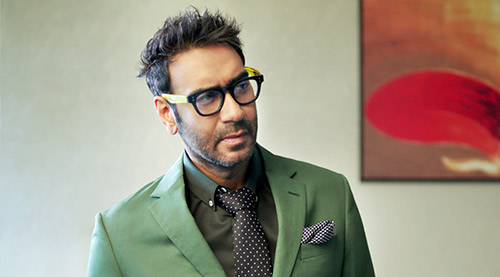 Doting father of two, Ajay Devgn is all set to walk hand-in-hand with his lovely daughter Nysa at the London premiere of his forthcoming film Parched. The said event is supposed to be scheduled between July 15 and July 17.

Parched starring Radhika Apte, Sayani Gupta, Tannishtha Chatterjee, Surveen Chawla among others is a story revolving around four women who fight with their inner demons as they set out on a journey to rediscover themselves. Marking Ajay Devgn's foray into international film production, the film has been screened at several international film festivals and has even received critical acclaim.

Besides that, Ajay Devgn is currently working on his Bollywood production Shivaay, whilst simultaneously wrapping up other films like Baadshaho.

Akshay Kumar to do a Tom Cruise?