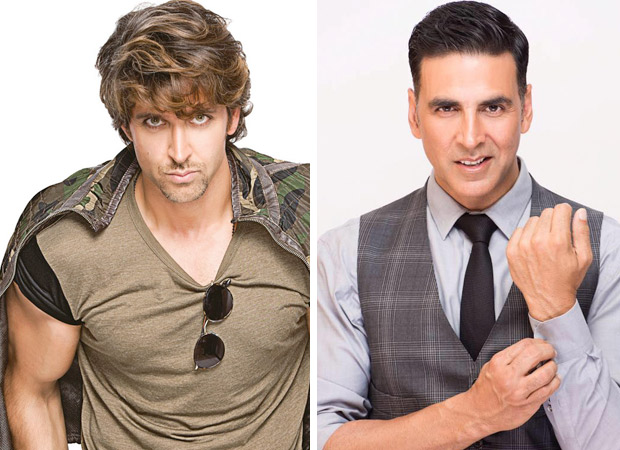 Mathematician Anand Kumar’s ambitious Super 30, a noble academic initiative related to IIT, attracted the attention of a few filmmakers who are now keen on presenting the struggles and tribulations of the making of Super 30 on celluloid. Earlier, it was also reported that Hrithik Roshan will be doing the film, followed by yet another set of rumours that claimed Akshay Kumar will play the protagonist. And now we hear that the reason behind the same is the friction between producers.

One of the Phantom Films’ members, Madhu Mantena and his close friend Priti Sinha were to come together for the film. Now we hear that the two are at loggerheads over choosing actors for the film. It so happened that Priti Sinha, daughter of producer Vinay Sinha, had approached the mathematician Anand Kumar to make a film on Super 30. While her talks were on with him, Madhu Mantena approached her to get Hrithik Roshan as the lead and his co-member of Phantom Films, Vikas Bahl as a director on board as well as having Reliance to back the film.

For the uninitiated, Reliance and Phantom Films have a film making deal with each other. While all of it was going as per plan, Priti was reportedly later informed that the two companies were inking deals related to the film on Super 30 without keeping her or her company in the loop. Furthermore, when the Patna based Anand Kumar visited Mumbai to meet Hrithik, he also dropped in to meet Akshay Kumar who stays in the same building. It is also being said that Priti Sinha was instrumental in making Anand meet Akshay Kumar.

The confusion further led to the lapse of the deal between Priti Sinha and Anand Kumar, according to which, the 18 month lock period which was given by Anand to Priti to kick start the film’s process had been lapsed and they had to sign a new deal on the same. Simultaneously, the company Phantom too has been continuing their talks with Anand Kumar and continues to express their interest in having Hrithik Roshan as their leading man.

In fact, Madhu Mantena was even accused of disturbing the neighbours when he recently visited Priti Sinha’s building wherein he was reportedly spotted banging the door of her residence despite her hesitance in opening the door. Talking about the incident, Madhu had maintained that they are old friends and that he genuinely wanted to meet her to sort out the issue. He also asserted that he continues to make attempts to meet her through common friends but hasn’t been able to contact her as yet on the matter.

As for Priti Sinha, she is yet to respond to the recent incidents.