The much awaited film Vikram Vedha finally released yesterday, on September 30. Starring Hrithik Roshan and Saif Ali Khan, the action-entertainer has taken a slow start. But the terrific word of mouth and lack of strong competition till Diwali has made trade hopeful that it can excel at the box office in the long run. 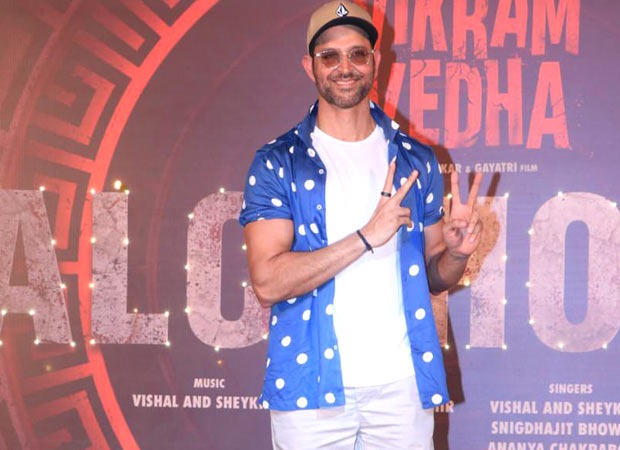 Did Hrithik Roshan hint at the POSSIBILITY of a sequel to Vikram Vedha?

Meanwhile, there has been a lot of demand for the sequel to Vikram Vedha. The first day reaction videos are full of viewers heaping praises for the film and demanding that Vikram Vedha's second part should be made.

Interestingly, Hrithik Roshan had hinted about a possible sequel in the offing at the song launch of 'Alcoholia' which took place two weeks back in Mumbai. The event was held in the presence of the film's team, comprising Hrithik, Radhika Apte, Rohit Saraf, Yogita Bihani, director duo Pushkar-Gayatri and others.

Radhika Apte at this event jokingly remarked that she wished if she had got a chance to dance with Hrithik Roshan in the song 'Alcoholia'. To which, Hrithik replied, "For Radhika, we should start thinking about a sequel. Vikram, Vedha, Priya (Radhika Apte's character)...everyone will be on the same side and we can all dance on another song like 'Alcoholia' in part 2."

Hrithik Roshan also told her, "In Part 2, (you'll get a chance). Chanda (will be back), in some way. We'll figure out something."

In an interview during the promotions of Vikram Vedha, Pushkar had even said, "We have so many of such stories in our mythology and folklore. I think we need to re-look at this treasure, there’s so much fodder in there from a storytelling point of view."

A source told Bollywood Hungama, "Vikram Vedha is inspired from Vikram Betaal. It is a set of 25 stories. With the way Vikram Vedha ended, it won't be surprising if the makers think of taking the story forward."