Just a day after the Indian Air Force (IAF) raised objection over the presentation of gender bias in the film, Gunjan Saxena: The Kargil Girl, former IAF pilot Gunjan Saxena, on whose life the film is based, has opened up about her experience at the Air Force as compared to what has been portrayed in the commercial film. She says she had support of fellow officers, supervisors, and commanding officers. 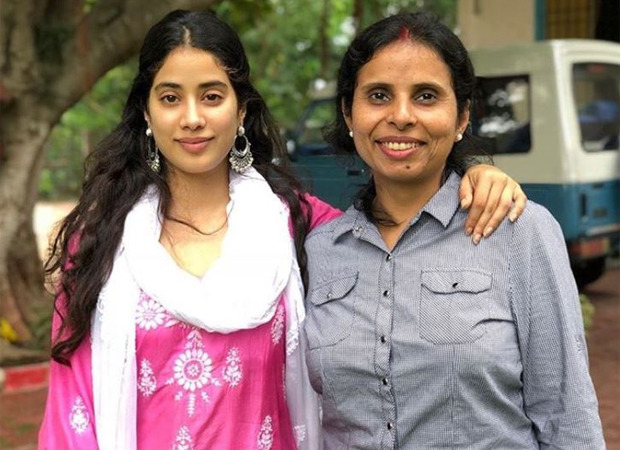 On Wednesday, it was revealed that IAF has written a letter to Dharma Productions, Netflix and the Central Board of Film Certification (CBFC), raising objections over inaccurate presentation of gender bias in Gunjan Saxena: The Kargil Girl, which documents the life of Gunjan Saxena and her journey towards becoming the first Indian Air Force woman pilot, who was part of the 1999 Kargil conflict. The Air Force said that certain scenes and dialogues in the movie portray it in a "negative light".

Saxena who joined the Indian Air Force in 1994 said that the film as a commercial movie or as a work of fiction has creatively captured her story. She said that it cannot be denied that even in the film the doors did open and opportunities were given.

The real-life hero said that she had equal opportunities to perform and feels that it is still there for all the women officers who are a part of the organisation. Addressing the question, she said that over the last 20 years the number of women officers in the IAF has gone up at a high rate and that shows how progressive and positive the institution has been in bringing about a change in itself.

Talking about her dream to fly, she said that her personal dream was realised through the IAF and feels that it is very important for the environment around that individual to be supportive. In her journey that supportive environment was first her family and then the IAF because of which she was able to realise her dream.

Talking about overcoming gender bias, Gunjan Saxena said that she was lucky to be surrounded by people who rooted for her, be it in her family or at the IAF. She said that if you are the  first one to be doing something, along with the privilege comes a whole lot of responsibility.

Talking about her initial days at the Force, she said that she had the support of her fellow officers, her supervisors and commanding officers who helped her in difficult situations. She further said that when there is a major change happening some of the individuals are able to accept change more readily as compared to the others and some individuals take more time to adjust. Saxena added that what is important is that even though it did take time for some individuals to change, that change did occur and in a very positive  way and in the right direction.

Gunjan Saxena was actively involved in the making of the film for the past three years and feels the film is not just about her but also about so many other extraordinary women.