Sara Ali Khan and Kartik Aaryan have earned a huge fan base for themselves individually. While many wanted them to date, some fans have been eagerly rooting for them to star in a film. One may remember that Sara confessed on Karan Johar’s chat show Koffee With Karan 6 that she would like to date Kartik. And yes the fans will finally get to see them together in Imtiaz Ali‘s next directorial untitled drama. While many speculated it to be Love Aaj Kal 2, it is yet to be given a name. Now, they have finalized the release date. 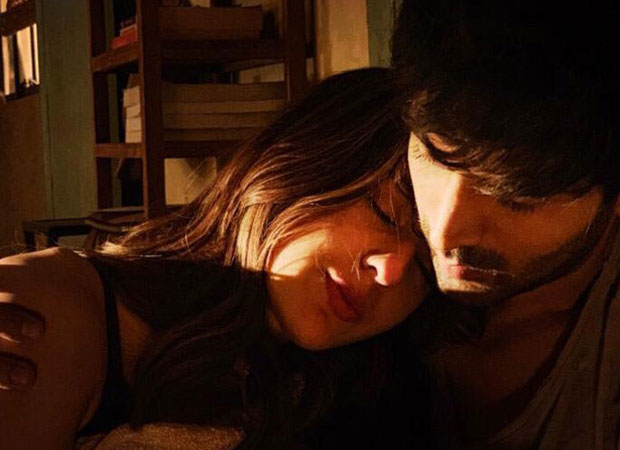 On Wednesday, Sara Ali Khan and Kartik Aaryan announced that their film will release on February 14, 2020. Sara shared the first glimpse of the film in which she is leaning on Kartik's shoulder. Announcing the release date, she captioned it, "Honoured, grateful and uncontrollably excited to be a part of Imtiaz Ali ‘s next! Starring @kartikaaryan & @randeephooda releasing on 14th Feb,2020.‬ ‪Presented by Jio Studios @imtiazaliofficial @reliance.entertainment @wearewsf @maddockfilms. Shoot in progress‼️▶️-Imtiaz Ali."

ALSO READ: LEAKED PHOTOS & VIDEOS! Sara Ali Khan and Kartik Aaryan have eyes only for each other on Love Aaj Kal 2 sets