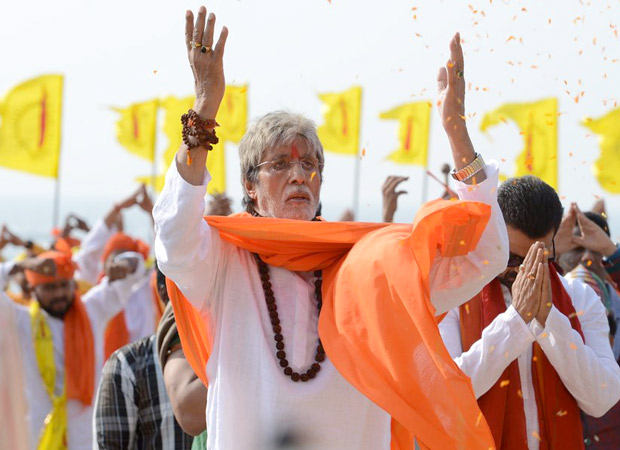 Just prior to the beginning of every film, it is a norm of sorts to add disclaimers whether it is related to real life characters, religion or even smoking. And now, the CBFC (Central Board of Film Certification) has been insisting Ram Gopal Varma to add an appropriate disclaimer for Sarkar 3 not just for the film but also the trailer.

Ever since the political franchise with Amitabh Bachchan as the protagonist aka Sarkar has kick started, audience have often drawn parallels between his character as well as one of the most influential politicians of Maharashtra, Balasaheb Thackeray. And now we hear that some of the dialogues as well as the scenes in the trailer that was shown to the board resembled the late politician. Hence, in a unique move of sorts, the CBFC has demanded the need of a disclaimer even for the trailer. The disclaimer in question would be a normal one that is often used in the beginning of every film– wherein the filmmaker states that the film doesn’t resemble any character living or dead and any similarity is purely coincidental.

Furthermore, it is being said that while the board wasn’t this particular during the release of the first two instalments of the franchise, they have decided to be a little more careful now, after the demise of Balasaheb Thackeray in 2012. Hence, the need of this disclaimer even for the trailer of the film.

Agreeing to their terms and conditions is the director of Sarkar 3, Ram Gopal Varma who further added that it is absolutely normal to be cautious as there are chances this may cause an issue later.