Shah Rukh Khan’s Red Chilies Films is producing Badla which stars Amitabh Bachchan and Taapsee Pannu in lead roles. The film marks the reunion of the Pink stars and the trailer has garnered a lot of positive response from masses. There was a rumour that SRK was to do a cameo in the film. Director Sujoy Ghosh is tight tipped about it but he has never denied it. Now, news is that SRK and Amitabh have indeed shared screen for the film but in a way you will never expect. Oh yes, both megastars have done a conversational video where they discuss their filmography, and in general life trajectories. This is supposed to be one iconic conversation where both Big B and SRK will share some fun anecdotes from all the time they have worked together and more. This is a promotional video for Badla but film buffs will surely go crazy to watch this gem. 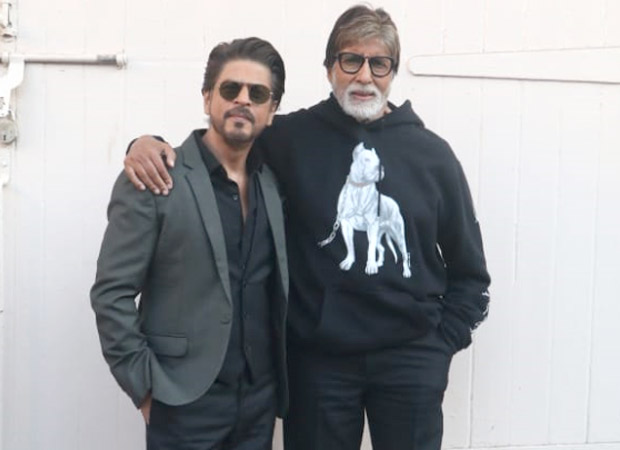 Amitabh Bachchan’s punchlines, Taapsee’s powerful acting and of course the gripping storyline holds out a promise that Badla is going to be one film that no one can ever miss! There are a lot of expectations from this mystery thriller and we hope it lives up to the hype. Aside from Badla, Amitabh has Brahmastra in the pipeline with Alia Bhatt and Ranbir Kapoor.

Infact, the duo have even shot for a very special video unit at a suburban studio which is set to release soon. The video will showcase SRK and Amitabh indulge into an exclusive and an extensive conversation over the film and lots more.

Though we have seen the duo come together in many films from Kabhi Khushi Labhi Ghum to Veer Zara, this would be for the first time they are coming together as actor-producer.

Shah Rukh on the other hand has not signed anything because he has become very cautious after the Zero debacle at the box office.