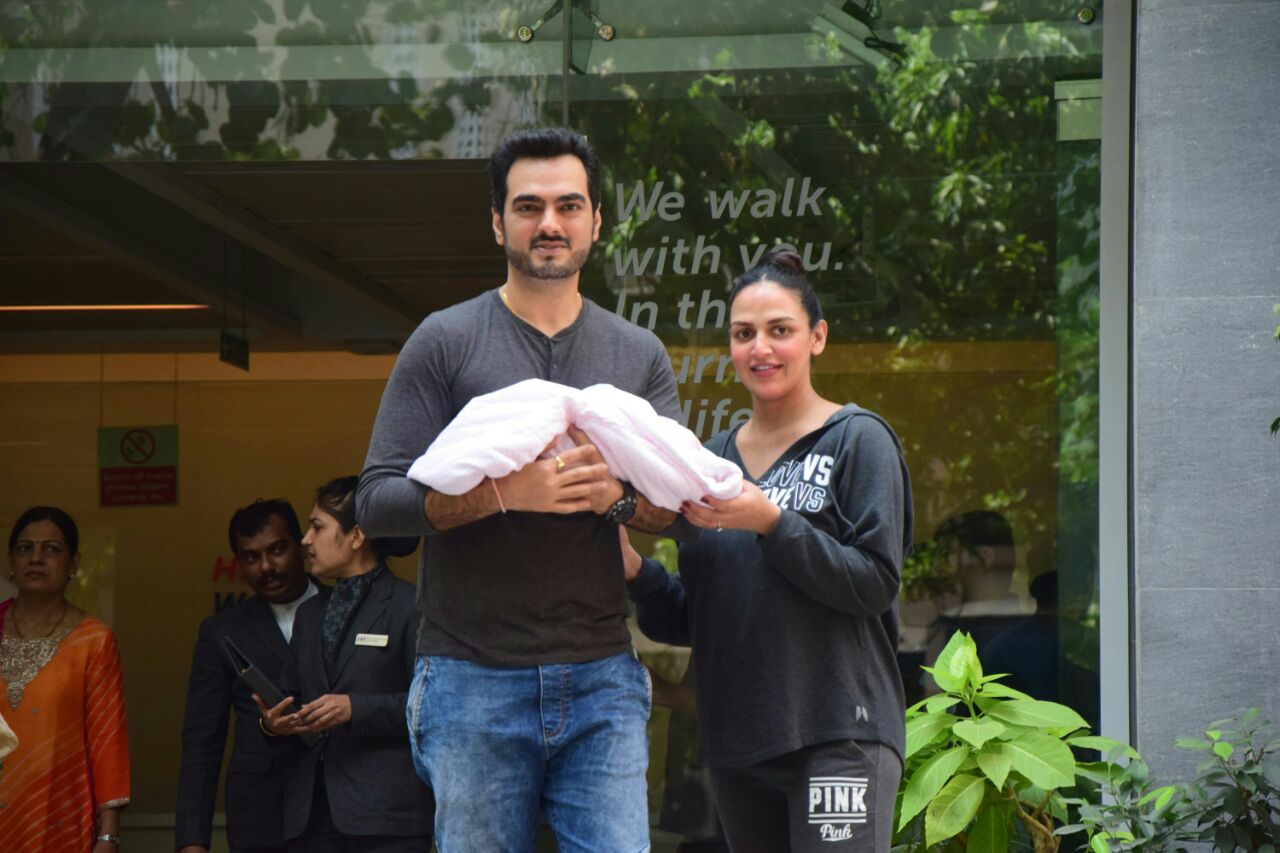 Esha Deol, who had announced her pregnancy in the month of April earlier this year, has been proudly flaunting her baby bump. Now, in the latest good news, Esha Deol has given birth to her first child, a baby girl.

Esha Deol, daughter of Bollywood actors Dharmendra and Hema Malini, and her husband Bharat Takhtani welcomed their baby girl in the wee hours of Monday, October 23 at Hinduja Hospital, Mumbai. It really is a celebration time in the family.

A month ago, Esha Deol had a grand baby shower which she celebrated by tying the knot again with her husband Bharat Takhtani as per Sindhi tradition.

With Esha Deol becoming a mother, Hema Malini becomes a grandmother for the second time after her younger daughter Ahana Deol had welcomed her first child Darien.

On the work front, Esha Deol was seen as a host in Roadies X 2 and film Kill Them Young in 2015.