Emma Stone is pregnant! After tying the knot with her boyfriend Dave McCary last year, the ultra-private Hollywood star is expecting her first child with her husband. 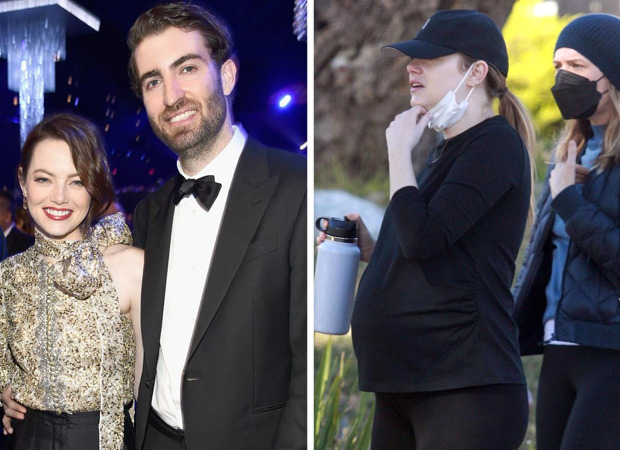 In photos obtained by tabloid DailyMail, the actress is seen taking a stroll in Los Angeles in an all-black outfit while flaunting her baby bump. The 32-year-old starlet wore a mask and held a reusable water bottle as she was accompanied by a friend.

The couple announced their engagement in December 2019, two years after dating. The two of them reportedly tied the knot in 2020 though none of the parties have confirmed it yet.

In December 2020, Emma Stone exited the project Babylon which is being helmed by La La Land director Damien Chazelle. It seems like a scheduling conflict due to which the actress couldn't do the project.