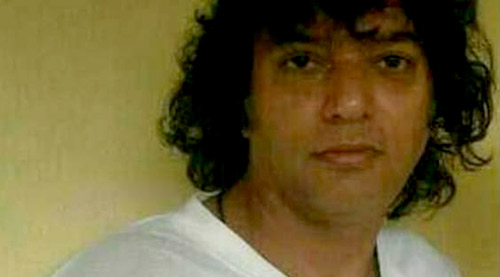 Sleaze specialist producer-director Kanti Shah has done it again. A horror-sleaze fest entitled Ghost House has been illegally released in theatres in various part of North India including Nagpur and Delhi.

The film apparently contains huge amounts of footage that was never shown to the Censor Board Of Film Certification (CBFC).The CBFC has now filed an FIR against the producer for illegal interpolation of lurid and vulgar content.

Says the CBFC chief Pahlaj Nihlani, "Kanti Shah is known to do such things. Over the years he has made money by selling sleaze and cheap sex in films like Namard, Angoor and Garam. We were shocked to know about the film called Ghost House from a theatre in Nagpur. The exhibitor was so shocked by the vulgar content that he stopped the screening voluntarily. When we checked on the content we were stunned to know that nearly 80 percent of the footage being shown was not certified by the censor board."

Nihalani says it is common practice for a certain bracket of film producers to peddle sleaze illegally. "It is an age-old practice to interpolate so-called sexy footage after the CBFC certifies a film. Lekin yeh toh hadd ho gayi! (This is the limit). 80 percent of the footage is interpolated."

Kanti Shah was initially served a notice by the CBFC to present himself at the censor office and explain the shocking aberration.

"However Kanti Shah informed us that he was busy until next week. So we've lodged an FIR against him (a copy of the FIR is enclosed). The film has been shown unconstitutionally in many cities like Delhi and Nagpur and we intend to advice the government to take the strongest action against Shah," says Nihalani.

The CBFC chairperson blames the digital downloaders for encouraging this sort of illegal screening. "Why don't they check the length of the film written on the censor certificate and the length of the actual footage shown? To avoid piracy we have stopped producers from submitting DVDs of their films for censor certification. But many unreliable producers are sending us feelers to accept films on the DVD format, as this gives them a chance to tamper with the content after we certify films. But we are very particular about keeping check on what goes into theatres after the CBFC certifies films."