One of the brightest young talents at present is without doubt, Varun Dhawan. He has an impeccable style that has made him the masses’ favourite and also one of the most emerging stars of Bollywood. Off late, he has had a tough ride at the box office. In 2018, his niche flick October and the social entertainer Sui Dhaaga underperformed. Earlier this year, his big-budget period drama Kalank was a big disaster. 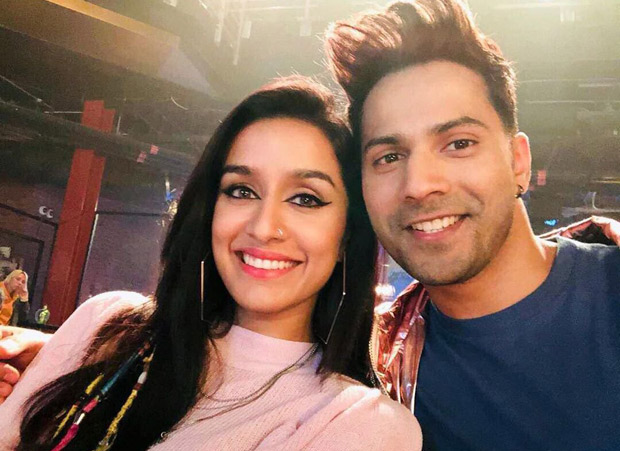 But 2020 seems bright for Varun. He’ll begin the New Year and decade with a bang with Street Dance 3D. It is the zone of his earlier dance flick ABCD – Any Body Can Dance – 2. Just like the 2015 flick, Street Dancer will be released in 3D, is directed by Remo Dsouza and co-stars Shraddha Kapoor. Despite his last 3 films not performing as expected, brand Varun remains intact. And Street Dancer seems to be a fine, pan-India entertainer. As a result, the film is expected to open with a bang, when it releases in the Republic Day weekend, on January 24, 2020.

On the evening of September 16, 2019, Varun Dhawan had a live chat on his Instagram handle with his millions of fans and divulged some interesting details about the film. He asked his fans whether they’ll like to see the teaser of the film or directly the theatrical trailer. When the overwhelmingly majority of fans insisted for the teaser, he revealed that the team of the film is already working on it. Before fans can ask when the teaser will drop online, Varun himself answered that they’ll try to present it to the audience during the festival of lights, Diwali. He also added that this is a time when some very big films are releasing and hence, it’ll be an ideal period to let the audience experience the teaser in cinemas.

While it’s still not confirmed whether Street Dancer 3D teaser will make it to Diwali, trade feels that they should go ahead with the plan. A trade source said, “The biggest film of Diwali is Housefull 4, which just like Street Dancer, is also releasing in 3D. So before viewers get into the Housefull zone, they can wear the 3D glasses and get a peek into the world of Street Dancer. Housefull 4, moreover is produced by Sajid Nadiadwala who shares a great equation with Varun. So attaching Street Dancer promo with Housefull 4’s prints shouldn’t be a problem at all.”

Street Dancer 3D also stars the current dancing sensation Nora Fatehi. Besides this flick, Varun Dhawan will be seen in Coolie No 1. Directed by his father David Dhawan, it co-stars Sara Ali Khan and releases on May 1, 2020.