Kangana Ranaut is all set to come back with a BANG on screen to please our senses with Manikarnika: The Queen Of Jhansi and Mental Hai Kya with her Queen co-star Rajkummar Rao. Aside from this, she also will be part of Panga by Ashwiny Iyer Tiwari. While Manikarnika is one project that she has been long associated with, there was a lot of confusion over its release date with constant changes happening in the release date of the film. Now, there is one more development with this project. A pic of the clapboard from the sets of the film has appeared and it mentions Kangy’s name as the director of the film. 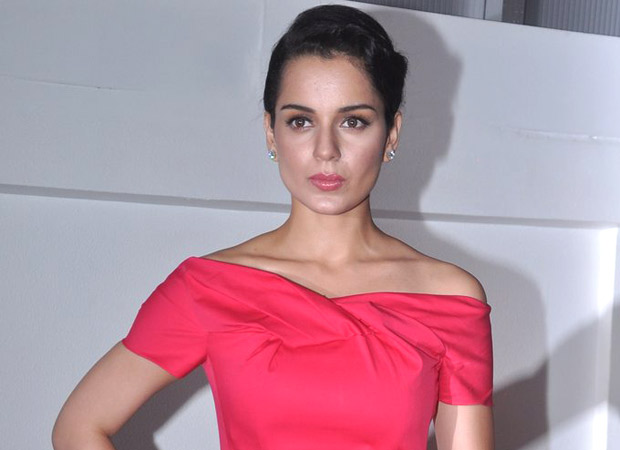 Following this her team took to Insta to clarify this and wrote, “Krish Jagarlamudi is the director of #Manikarnika and will remain so. #KanganaRanaut has stepped in to shoot just the patchwork on his behalf while he fulfils his commitments in another movie, to make sure that #Manikarnika releases on 25th Jan 2019. The clapboard is merely to avoid on set confusion.” Krish Jagarlamudi is currently busy with the NTR biopic. 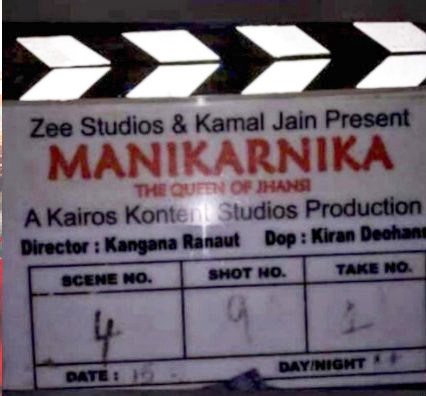 Kangana Ranaut’s team also gave a formal statement with this regard to media that said, “Krish Jagarlamudi is director of #Manikarnika & will remain so. He's currently fulfilling his unavoidable commitments with another project and so #KanganaRanaut has stepped in to shoot patchwork on his behalf. The team of Manikarnika wants the movie to release on 25th January 2019 and to make sure that happens Kangana had to step in to do the patchwork, which she is doing very dedicatedly. There is no truth in rumours of miff between Kangana and Krish. The clapboard is used only to avoid any confusion on the sets for the crew members and there should not be much made out of the same. In Hollywood it is a common practice for actors to also step in the shoes of director if the situation demands. For example in the hit series Friends 10 episodes were directed by David Schwimmer who played Ross, despite the original director James Burrows being present.”

Kangana’s last few projects did not do too well at the box office and therefore it is really important for her that films at her films work to re-instate his position and make her a credible entity again, trade wise.

Krish Jagarlamudi is the director of #Manikarnika and will remain so. #KanganaRanaut has stepped in to shoot just the patchwork on his behalf while he fulfills his commitments in another movie, to make sure that #Manikarnika releases on 25th Jan 2019. The clapboard is merely to avoid on set confusion

Industry insiders and fans who have been closely following up on Kangana’s career often opine that she is known to be taking over the director to tweak portions or film in general.