Earlier this week, we had reported that the T-Series head honcho Bhushan Kumar is joining hands with Gattu aka Abhishek Kapoor for a film. Titled Sharaabi, the comedy revolves around a dysfunctional alcoholic and now we hear that the makers are currently in the process of casting. If all goes well, either Shahid Kapoor or Arjun Kapoor will be essaying the role of a protagonist. 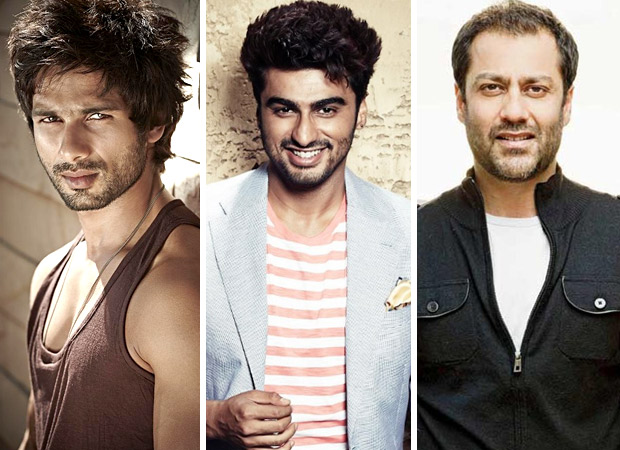 Sources have claimed that the makers have expressed interest in Shahid Kapoor and Arjun Kapoor to play the role of the dysfunctional alcoholic in Sharaabi. A source close to the project said, “Yes, Arjun and Shahid have been approached for the role of the protagonist. Both actors have expressed interest in it but neither have come on board yet for the film. The film is in the very initial stages and the makers are keen to have one of them in this role. The official announcement will be made once the modalities are completed.”

Interestingly, Shahid Kapoor plays an alcoholic in his upcoming release Kabir Singh which features him alongside Kiara Advani. The Sandeep Vanga directorial is a remake of the Vijay Devarakonda starrer Arjun Reddy. On the other hand, Arjun Kapoor will next be seen in films like India’s Most Wanted and the historical Panipat alongside Kriti Sanon and Sanjay Dutt.

When the film was announced the makers refused to divulge details. Co-producer Pragya Kapoor had said, “We are currently in talks for the casting but it’s too soon to talk about it. A formal announcement will be made soon and it’s definitely going be special because it’s a titular role.” Interestingly the namesake 1984 film Sharaabi featured megastar Amitabh Bachchan in the lead role.

Coming to Sharaabi, Abhishek Kapoor aka Gattu had described the film saying, “Sharaabi will be the right concoction of comedy, drama, and music.” The details of when the film will go on floor too are expected to be announced soon.