Since the time the lockdown-like situation emerged in March 2020, the two films that have consistently been on the most-awaited list of most moviegoers are Sooryavanshi and ’83. The former, starring Akshay Kumar and directed by Rohit Shetty, finally got a release on Diwali this year. It emerged as a huge hit and fulfilled the expectations of the fans. Now all eyes are on ’83, the period sports drama, which releases next Friday, on December 24, 2021. It was initially scheduled to arrive in cinemas on April 10, 2020. However, it was pushed indefinitely and even its trailer launch was cancelled due to the Covid-19 pandemic. Hence, not a single visual of the film was out, and yet, the buzz was high. The trailer of the film was unveiled on November 30 this year and it made it clear that it’s a film to watch out for. 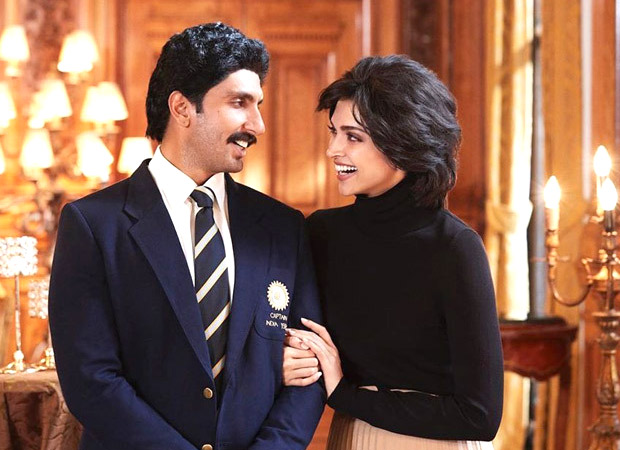 BREAKING: Ranveer Singh-starrer 83 passed with ‘U’ certificate and ZERO cuts by the CBFC

It has now come to light that ’83 has recently got a censor certificate from the Central Board of Film Certification (CBFC). A source told Bollywood Hungama, “The film has been passed with a clean ‘U’ certificate. In short, it does not have a single cut. The makers anticipated this as it is a period sports drama and there is nothing disturbing in the film. Even the skirmish shown in the promo is not violent and brief. And yes, no sex or inappropriate jokes in the movie, too. Hence, it is a complete family entertainer and that was the intention of the makers. Thankfully, the CBFC members understood this aspect and without any hesitation, awarded a ‘U’ certificate to the film.”

The censor certificate was handed over to the makers of ’83 on December 13. The duration of the film, as mentioned on the certificate, is 162.52 minutes. In short, the film is nearly 2 hours and 43 minutes long.

A trade expert said, “This was expected but there’s absolutely no worry about this factor as the content seems to be very promising. Moreover, the final match itself will take up a lot of screen time and that’s how it should be as it’ll be the highlight.”

Also Read: Ranveer Singh-starrer ’83 not to release in IMAX version