The novel coronavirus has spread around the world. Production houses have shifted some of the biggest releases. Since the lockdown was imposed on March 24, film and TV productions have been halted indefinitely. As restrictions are being lifted and producers are waiting for permission to resume work, Bhool Bhulaiyaa 2 starring Kartik Aaryan and Kiara Advani may resume shooting but not before September 2020. 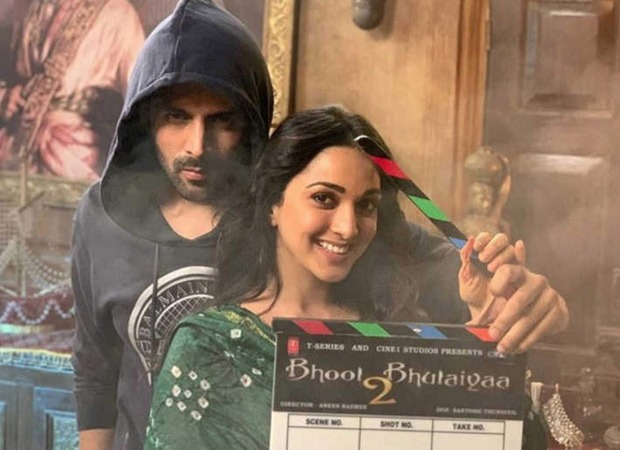 Bhool Bhulaiyaa 2's Lucknow schedule was supposed to be month-long as they were shooting in a palace in March. But, they ended the schedule earlier since the number of cases spiked. Filmmaker Anees Bazmee says that they have to return to Lucknow in order to complete the shooting. He revealed to a daily that they built a huge set that has been standing untouched for months now. While the makers are waiting to receive permission from Uttar Pradesh government, Anees Bazmee is considering to shoot certain portions indoors in Mumbai before they head to Lucknow.

Around 35 days of shooting is remaining and the filmmaker believes it is imperative to shoot in Lucknow to maintain the continuity.

Producer Bhushan Kumar also said that the safety of the cast and crew is of utmost importance. Only when they'll receive the permission, they'll chart out their further plans. As of now, they can only predict to kick off in September.