Akshay Kumar has become the go-to actor for Bollywood when it comes to films with nationalistic themes. Similarly, over the last few years, Taapsee Pannu has become a thriller specialist. After Badla, Game Over, Haseen Dilruba, Looop Lapeta and Dobaaraa, we can now add Blurr in the list. The film is the Hindi adaptation of the Spanish thriller Julia’s Eyes. 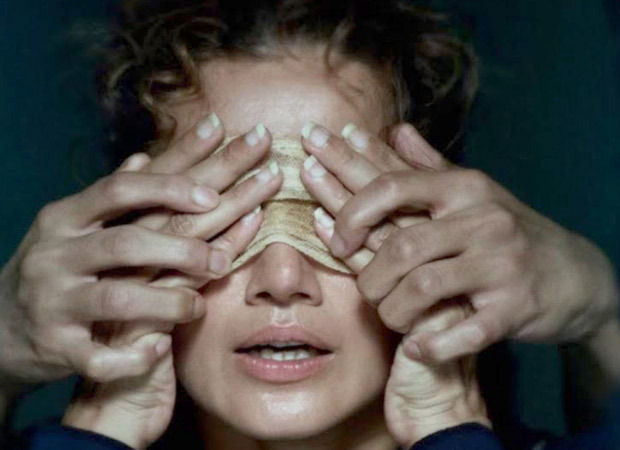 Blurr trailer: Taapsee Pannu is desperate to uncover her twin sister’s death before losing her eyesight in this thriller

The film’s trailer, which is just released, reveals that it deals with the story of twins Gayatri and Gautami, both played by Taapsee Pannu. Gayatri’s life turns upside down when Gautami, who was visually challenged, dies by suicide, at least this is what the cops conclude.

Gayatri, however, is sure that her sister can’t end her life and starts investigating her death. Her husband (Gulshan Devaiah) doesn’t support her though as he is satisfied with the version of the cops. What’s worse for Gayatri is that she too is slowly losing her eyesight.

The trailer makes it clear that Blurr goes onto the thriller mode right from the start. Apart from the story, that’s both intriguing and tragic, the technical departments, including the colour grading, gets your attention. The trailer ends on a creepy note when a character is throwing light from the torch on Gayatri’s face but all she can see is darkness.

Taapsee appears in good form as a woman troubled by multiple reasons. The rest of the actors don’t get much screentime in the trailer.

Talking about the film, Producer Vishal Rana of Echelon Productions said, “I am elated to announce the release of my next film. Blurr is an experience that will keep you intrigued till the end. Taapsee has once again proved herself with such brilliance and an outstanding performance!"

Directed by Ajay Bahl and produced by Tony D’Souza, Vishal Rana, Pradeep Sharma and Manav Durga, Blurr will stream on Zee 5 from December 9.

Also Read: Taapsee Pannu decides to stay blindfolded for 12 hours on sets of Blurr to get in the skin of her character!