Earlier this week, Bollywood’s King Khan, Shah Rukh Khan made headlines with the announcement of his next film titled Dunki. Making the announcement the actor confirmed reports of him featuring in maverick director Rajkumar Hirani’s next venture. While a teaser promo featuring the name of the film was released, SRK also revealed the release date of the film to be Christmas 2023. Interestingly though, the said date had already been locked in by a different big-ticket Bollywood actioner, viz. Bade Miyan Chote Miyan. 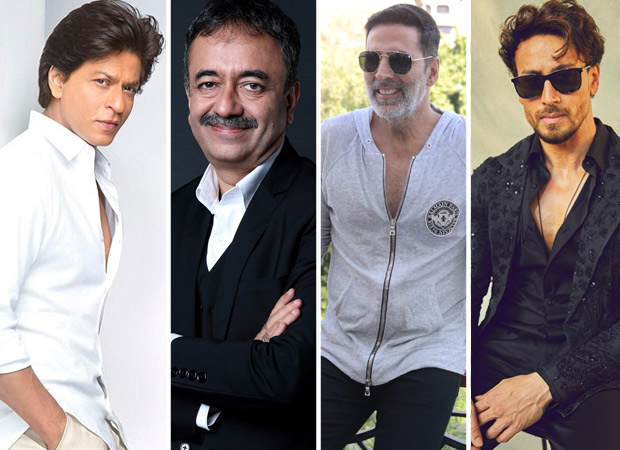 Announced on February 8, 2022, the film will see two of Bollywood’s leading action stars Akshay Kumar and Tiger Shroff uniting for the first time. Titled Bade Miyan Chote Miyan, the film though sharing the name with the 1998 Amitabh Bachchan and Govinda starrer is not going to be a remake. Helmed by Ali Abbas Zafar, it will be an out-n-out action entertainer and is expected to be mounted on a huge scale. Written and directed by Ali Abbas Zafar, the film will be produced by Vashu Bhagnani, Deepshikha Deshmukh, Jackky Bhagnani, Himanshu Kishan Mehra, Ali Abbas Zafar. Presented by Vashu Bhagnani and Pooja Entertainment Bade Miyan Chote Miyan in association with AAZ films is being readied to release in five languages Hindi, Telugu, Tamil, Kannada, and Malayalam on Christmas 2023.

On the other hand, Dunki will feature Shah Rukh Khan and Taapsee Pannu in lead roles. As for the film, it is being said that Dunki will be based on the issue of "donkey flight" — an illegal backdoor route that has emerged as a popular escape path for Indians who wish to immigrate to the US and Canada. In this process, individuals enter a foreign country via multiple stops in other countries. It is a popular method among youngsters who do not get approval to enter their target country by legal ways. As for the filming, SRK even began shooting for the project in April this year on sets that were erected at FilmCity.