Rana Daggubati ruled box office with his role as a super villain in Baahubali series as King Bhallaladeva. Now he is all set to turn negative yet again for the most awaited Hollywood release. Rana has dubbed for the voice of super villain Thanos in the forthcoming Avengers – Infinity War.

Yes, Rana Daggubati has already confirmed the same and even completed the dubbing for its Telugu version. Fans of Avengers, will be aware that Thanos has been one of the biggest super villains in the series who has causes mass destruction. The film also brings together some iconic Hollywood superstars in lead roles. 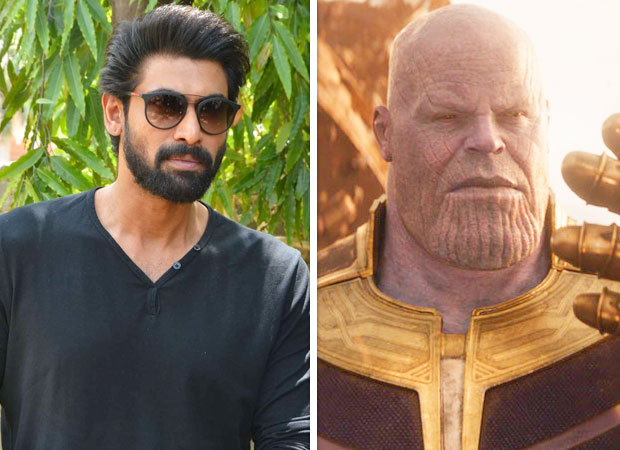 He went on to add, "Characters such as Iron Man and Captain America have been my favourites. So, dubbing for Avengers - Infinity War is such a thrill. Lending my vice to Thanos, a villain so powerful that some of the biggest superheroes have a tough time dealing with him is an exciting experience. "