Not too long ago, we had reported that RRR featuring Junior NTR and Ram Charan in lead roles will be a magnum opus for SS Rajamouli after Bahubali. Moreover, reports also asserted that the film is being made on a rather huge budget. While there were always rumours about the kind of money that is being spent on the sets etc. of this period drama, in a recent update, we hear that RRR will have an introduction scene that will cost crores and it will be of Junior NTR. 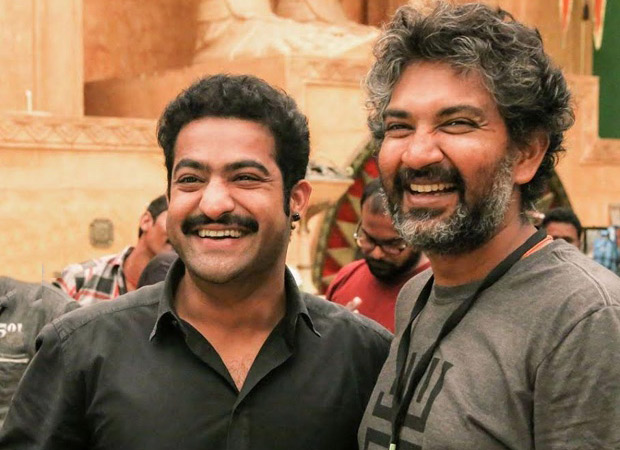 Is Bahubali director Rajamouli spending these many crores on the introduction scene of Junior NTR in the Ram Charan – Alia Bhatt film RRR?

Current reports have been speculating that SS Rajamouli has been planning an extensive introduction sequence for Junior NTR in the film RRR. Since we already know that the film revolves around freedom fighters Alluri Seetharamaraju and Komaram Bheem, reports have it that Rama Rao will be essaying the character of Bheem. And now they claim that Rajamouli is keen on having a rather impactful entry that will cost the makers approximately Rs. 20 crores.

These reports also suggest that keeping in mind the whopping amount; this is the highest any Telugu actor has received by far. On the other hand, the film’s total budget is expected to be as high as Rs. 300 to Rs. 400 crores and it is produced by DVV Dhanayya.

Coming to RRR, the Tollywood film also boasts of an extensive star cast that also comprises of popular Bollywood actors like Alia Bhatt and Ajay Devgn. As per reports, Alia is expected to play a pivotal role and the love interest of Ram Charan in the film. Ajay Devgn will be seen in a special appearance, playing an important character in it. Daisy Edgar Jones too was expected to be a part of the film but she is said to have walked out of the project due to personal reasons. The makers are currently in search of the second leading lady to play the role opposite Junior NTR.

Also Read: RRR – Daisy Edgar Jones will not be a part of this Ram Charan, Junior NTR film