Bollywood’s multifaceted actor, Ayushmann Khurrana will once again be seen in a new avatar. The actor will be starring as a cop in the upcoming investigative drama Article 15. The actor has worked hard to get into the skin of a reel cop. And now, he will be featured in angry rap anthem titled 'Shuru Karein Kya'. The music video will feature Kunal Pandagle (Kaam Bhaari), Chaitnya Sharma (Slow Cheetah), Deepa Unnikrishnan (DeeMC) and Nitin Sharma (SpitFire). 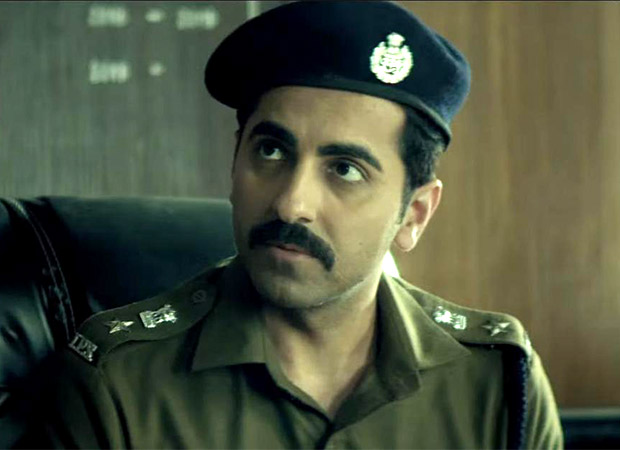 Director Anubhav Sinha said that it will be an anthem which has youngsters saying what needs to be done in the country. His idea was to bring the rappers on board and someone suggested SpitFire who is from Madhya Pradesh. Then, it became a quartet featuring a female rapper as well. Ayushmann Khurrana will too be starring but won't be rapping in the video.

The film’s remarkable storyline, showcasing the brutal gang rape and crimes against the Dalits makes it even more interesting and the audience cannot wait for the movie’s release. Ayushmann emerges as a heroic figure in the storyline by essaying the lead role of a cop with perfection. During the series of the bold reel cop’s investigations, Ayushmann is seen unraveling the ugly truths associated with social discrimination.

Article 15 is set to get a world premiere at the tenth edition of the London Indian Film Festival. The investigative drama will be shown on the opening night. The film also stars Isha Talwar, M Nassar, Manoj Pahwa, Sayani Gupta, Kumud Mishra and Mohammed Zeeshan Ayyub. Directed by Anubhav Sinha and Produced by Benaras Media works and Zee Studios, the film which will be releasing on 27th June and is sure to put the audience in a social perspective.

ALSO READ: Article 15: “What Mulk was for Hindu & Muslims, Article 15 is for casteism” – Ayushmann Khurrana