Ayushman Khurrana, Bollywood’s multifaceted actor, is all set to play the role of a cop in a bold avatar in his most anticipated upcoming investigative drama, Article 15. The actor recently gave us insights on how he has worked hard for the role of a cop. 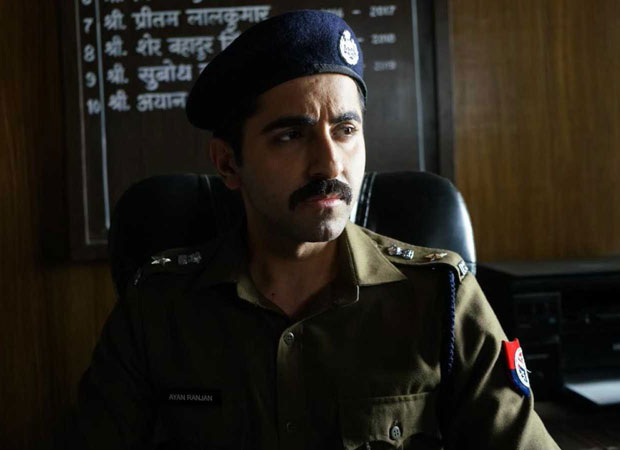 Article 15: “What Mulk was for Hindu & Muslims, Article 15 is for casteism” – Ayushmann Khurrana

Talking about working on his role, the actor shared, "My director Anubhav Sinha is an evolved soul. He recommended a lot of books to read before the shoot because this kind of discrimination is unique to our country. What Mulk was for Hindu-Muslims, Article 15 is for casteism. And boy, was it a difficult shoot! We’d shoot around 5-6 am and in the evening, between 4.30-6.30 pm to catch the magical light. We filmed in the muck, infested with leeches and water snakes, for three days.”

While Ayushmann even revealed that he used to sit in a police station all day to see the cops in action to prepare for his role. He added that the film is very real and has no low-angle shots. Ayushmann Khurrana will be essaying the role of a heroic cop in the movie with the never seen before portrayal that has created all the buzz ever since the release of its poster.

The boldness with which the actor is liberating an intense look addressing the discrimination that persists in the society is definitely receiving all the praises for all the right reasons. The glimpses and trailers of the movie have already got everyone on their toes. The actor will be fighting against casteism in his next, the trailer created quite a stir among fans who have got excited about it.

Article 15 is set to get a world premiere at the tenth edition of the London Indian Film Festival. The investigative drama will be shown on the opening night film. The film also stars Isha Talwar, M Nassar, Manoj Pahwa, Sayani Gupta, Kumud Mishra, and Mohammed Zeeshan Ayyub. Directed by Anubhav Sinha and Produced by Benaras Media Works and Zee Studios, the film is sure to put the audience in a social perspective.

ALSO READ: Ayushmann Khurrana reveals about the struggles of shooting in a lake full of leeches and water snakes for Article 15!