Arjun Rampal's house, on November 9, was raided by Narcotics Control Bureau (NCB) as the agency is currently investigating drugs angle. His girlfriend Gabriella Demetriades' brother Agisialos Demetriades was arrested last month for another drugs case after which the couple came under the radar. Arjun Rampal’s driver was questioned at the NCB office by Zonal director Sameer Wankhede. Then, his girlfriend was summoned for questioning. 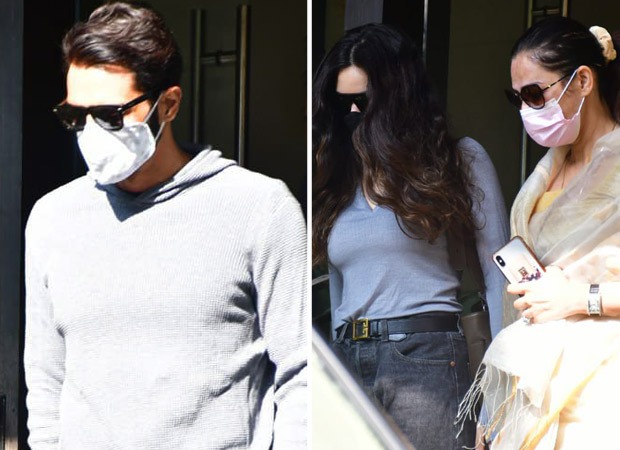 Arjun Rampal summoned on Friday, girlfriend Gabriella Demetriades arrives at the NCB office for second round of questioning in alleged drugs case

On November 12, the model was summoned for the second round of questioning by NCB. She was accompanied by her lawyer as she was seen leaving her residence. In this case, Arjun Rampal has been summoned on Friday, November 13 by NCB.

Earlier this week, producer Firoz Nadiadwala’s wife Shabana Saeed was arrested after NCB recovered drugs at their residence. She was later on released on bail. Zonal Director Sameer Wankhede has said that no one has been given clean chit yet and if they find something, it will be put on the charge sheet.

ALSO READ: Arjun Rampal summoned by the NCB on Wednesday after his house was searched for alleged drug links