Virat Kohli and Anushka Sharma are setting huge and exceedingly cute couple goals that are hard to match. We have been told exclusively by a well-placed source that Anushka would be going to England for the cricket World Cup 2019 to cheer for her husband and India. But their World Cup plans will not only wow you, in fact, it would make you want to applaud them. Here’s why. 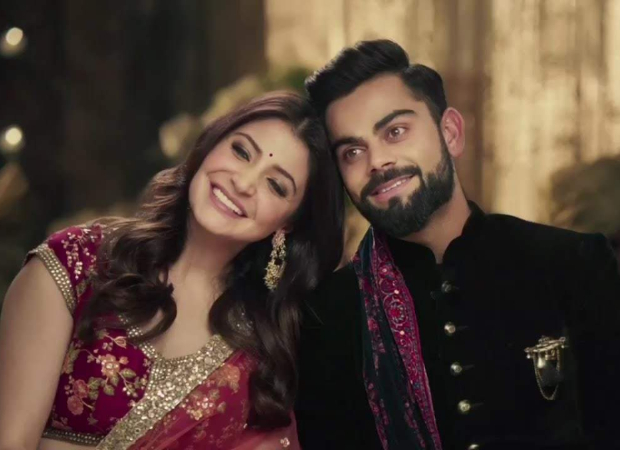 “Anushka has been the perfect partner supporting her husband at all his key milestones. Virat too has always gone out of his way for his beloved wife. Virat is captaining India for the first time in a 50-over World Cup tournament and Anushka wants to be there to root for him and see him lift the World Cup. But what the couple is planning to do there is truly commendable. It just shows how supportive they are to each other and how they are actually each other’s better halves,” says a source.

“While Anushka will be traveling to England to be a perfect pillar of strength to Virat, she might not be going to the stadium with him. In fact, she wants to go separately to watch the matches and cheer the loudest for Virat. When the wives of the cricketers travel on tours, they usually travel on the same team bus. This time it seems Anushka, on match days, would be hiring her own car and bearing all costs to visit the stadium separately and there’s an extremely heartwarming reason behind this decision. They have discussed the huge media attention that is bound to be there for the World Cup and both want to keep all distractions at bay during the World Cup which Virat definitely wants to try and win for India. Both feel the lesser the distraction on match days, the more the mind will only focus on the match,” the source adds.

Virat Kohli and Anushka Sharma are both superstars in their own right and both have climbed the ladder of stardom with immense hard work. Both value where they have reached and obviously want to aim higher and higher. Both put their career at par with their personal life and balance it out beautifully. This move of Virushka certainly has won our hearts again because it only shows us their commitment and love for each other!

ALSO READ: Anushka Sharma REVEALS deets about her SECRET Tuscany wedding with Virat Kohli and it is quite intriguing we must say!