Apurva Agnihotri and Shilpa Saklani, who have been popular faces on television, have been married for almost 18 years. Now after a decade and half, the couple was thrilled to announce the arrival of their first child. While Apurva, who is quite on social media, took to the platform to make the announcement, he also revealed that they have named their daughter Ishaani Kanu Agnihotri. Followed by his post, many of their industry friends also dropped in their congratulatory messages, wishing the couple about this new phase in their lives. 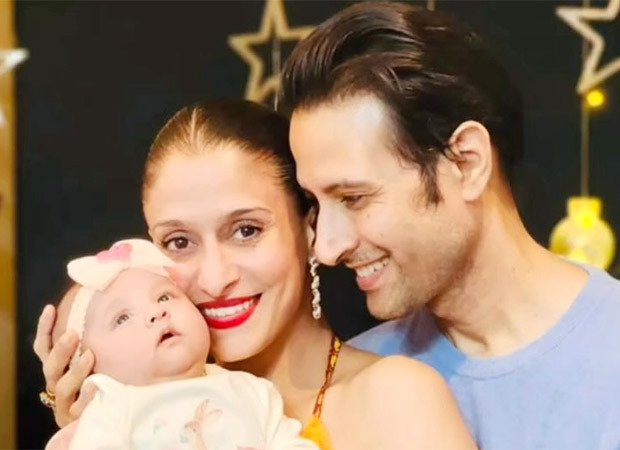 Taking to Instagram, Apurva Agnihotri shared a video, which are a series of photos in the form of montages of the family posing with the newborn. Along with the video, he also posted a small note, expressing his happiness over becoming a father, saying, “And just like that, this birthday became the most special birthday of my life as god blessed us with the most special, incredible, amazing, miraculous gift ever?????? With utmost gratitude and immense happiness Shilpa and I wish to introduce our darling daughter ISHAANI KANU AGNIHOTRI… shower her with all your love and blessings… Om Namaha Shivaya…” Here have a look at the post:

Followed by that, many of the couple’s colleagues wished them by dropping comments on the post. Amongst them was also Apurva’s Anupama co-stars Muskaan Bamne who plays the role of Pakhi in the show as well as Madalsa Sharma who essays the character of Kavya, who dropped their congratulatory messages to the couple. Besides them, Kushal Tandon, Ritu Shivpuri, Abhinav Shukla, Shilpa Shirodkar, Mahek Chahal, Kishwer Merchant, Jaswir Kaur, Karanvir Bohra, were amongst the many who dropped their wishes.

Apurva Agnihotri and Shilpa Saklani, who have always maintained that Rakshanda Khan was the cupid of their life, also had a lovely message for the new parents. She wrote on the post, “And finallllyyyyyyyyy the cutest little doll is here! Cannot wait to hug, kiss and squish her. Girls are luckiest for their daddies so get ready for your life to change for the better my dearest Apu. Armaan Sir ke armaan poore hue.”