In the earlier season of Bigg Boss, we had seen bhajan singer Anup Jalota entering the house with Jasleen Matharu. The guru-shishya [teacher-student] jodi created ample of controversies owing to their alleged love affair which was later denied by both of them. While that season seems to have ended with Dipika Kakkar emerging victorious, the 13th season of the show is all set to kick off in the next few months. While reports of potential contestants and the prep of Salman Khan as the host post Bharat, seem to have already started, Anup Jalota made this surprising revelation that he will be a part of Bigg Boss 13 too. 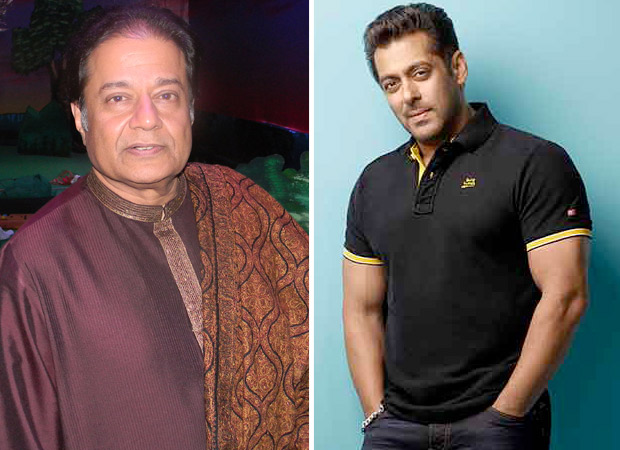 The bhajan singer spoke about Bigg Boss 13 in recent reports wherein he asserted that he will indeed be a part of the show but not as a contestant. He stated that he might be co-hosting the show along with Salman Khan. It seems that Anup Jalota spoke about Bigg Boss at length in current reports wherein he also mentioned that if given a chance this year to enter as a jodi, he would choose Salman Khan’s Bharat co-star Katrina Kaif as his partner.

Besides this, he also addressed about his alleged affair rumour with Anup Jalota. In the same report, Anup was heard mentioning that it was actually Jasleen’s father’s idea to have him and his student Jasleen Matharu enter as the guru-shishya jodi. He further added that Jasleen actually used his fame in favour of her on the show. However, he also quickly went on to add he is a positive person and if it helps someone he would immediately do it. So, even if Jasleen actually used his name for the show, he is happy that he could help her.

On the other hand, Anup Jalota recently collaborated with his Bigg Boss inmates Somi Khan and Deepak Thakur for a music video titled ‘Kesaria Balam’.