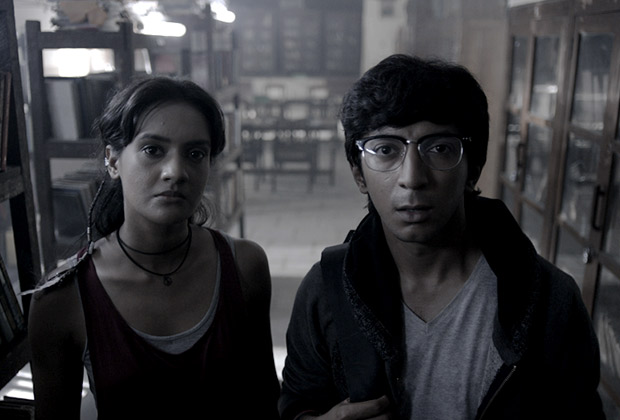 After having made a name for themselves in Bollywood, both, Anshuman Jha and Divya Menon will now be seen together in Mona Darling, which happens to be Bollywood's first-of-its-kind horror-thriller. The element of commonality between Anshuman Jha and Divya Menon is that, their debut films (Love, Sex Aur Dhoka and Byomkesh Bakshy respectively) were directed by Dibakar Banerjee.

Mona Darling, which has been directed by Shashi Sudigala, will see Anshuman Jha playing the role of a 21-year-old, anti-social computer geek. Speaking about the film, Anshuman Jha said, "Shashi pitched this character to me as a 20-year-old I.T. student who is a cross between Sheldon Cooper & Sherlock Holmes in a whodunit script. As an actor, it's a challenge I was looking forward because it's a detailed character and a fleshed-out screenplay. The script is the hero here. The character is not called Vicky but Wiki as in short for Wikipedia. I read it and was sold. I, instinctively, wanted to be a part of this whodunit supernatural thriller".

Speaking about the casting of sting Anshuman Jha and Divya Menon, Shashi Sudigala said, "Our main character, Wiki was written as someone who's vulnerable, but also cocky enough to be named after Wikipedia. It was like Sherlock Holmes meets Sheldon Cooper. Anshuman fit it to a T. Similarly, Divya was equal parts attitude, oomph and grace - just like our other main character, Sarah."

Arjun Mathur And Tannishtha Chatterjee to…

Avinash Tiwary and Mrunal Thakur to star in…