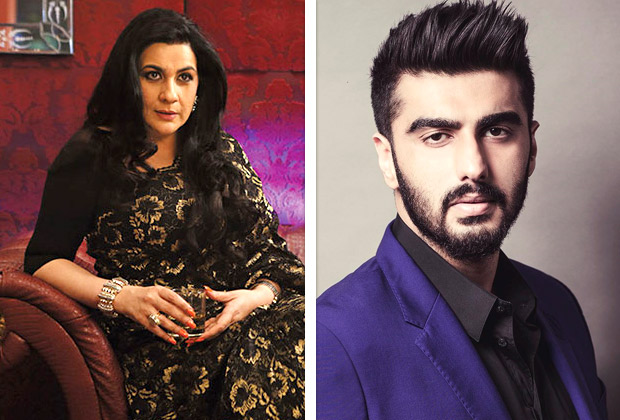 Earlier, we had reported that Arjun Kapoor will be starring in Anees Bazmee's next film titled Mubaraka. The film also stars his uncle Anil Kapoor and is set to go on floors in October in Mumbai.

We have now learned that Amrita Singh is also joining the cast of Mubaraka. She will be playing Arjun Kapoor's feisty Punjabi mother. This is a reunion for the actors as they had already worked as mother and son in 2 States. According to a source, the makers of the film were looking for a strong personality to play a powerful role and collectively decided on Amrita Singh. When she heard the script, she too liked it instantly and enquired about the shooting schedule. Since her dates were free, the film was signed soon after. It is said that Arjun and Amrita will have quite a few scenes together.

Apart from this, Arjun Kapoor will be next seen in Mohit Suri's directorial venture Half Girlfriend which is scheduled to release on 19th May, 2017.