Ananya Panday who made her debut with Student of The Year 2 is enjoying her stardom after her much appreciated performance in her debut film. The actress has garnered a huge fan base in a very short span of time and is always in the limelight, each time she steps out in the city. She is the most promising debutant of the year and before even making the debut, she was trusted so much that she had already become the face of some of the iconic brands. 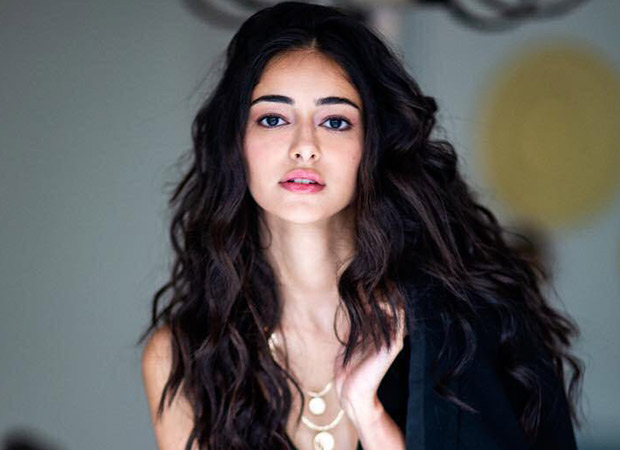 Striking a balance between the shoot life of an actor and yet, being rooted is an art- Ananya Panday shares her mantra for sailing through it. She says, "Actually, I have realized that I am super close to the people I have worked with and grown up with and I feel like they will always have my back and they have never treated me differently and they have treated me now the exact way they treated me back in school. I think even if you are treated a certain way, it's important to go back to your normal life. Just think about things other than films and you have to disconnect it after a certain point of time. At such a young age, it's so easy to be carried away, that you are treated a certain way. It's very important to have your own self. You have to be like treated normally; you can’t get treated like a celeb."

The actress' popularity has been only growing ever since the film was released and a proof of it is on the increasing number of followers that makes her the youngest celebrity with highest followers in reference to her contemporaries, a sensation indeed. Ananya Panday has been making heads turn, every single day with her fashion outings. When she is not going out and about in the city, we often get to see the diva sharing some pretty pictures with her over 3 million Instagram followers.

Ananya has totally won the race for the Best Student of the Year with her debut and it seems like the never stopping diva is on a winning streak! The actress recently won her first ever award with the title 'Next Gen Star of the Year'. From being the cover girl of leading magazines to bagging her second project much before her debut, Ananya is getting all the appreciation from not just the audience and peers but also the filmmakers and critics. The actress will also be seen opposite Kartik Aaryan in the remake of the film, Pati Patni Aur Woh.

Also Read: What’s Your Pick: Janhvi Kapoor in a blush pink pantsuit or Ananya Panday in a monochrome trailed outfit?