Salman Khan is definitely one of the busiest actors in the industry. The actor recently starred in blockbuster Bharat. And soon he will be seen in the third installment of Dabangg. The shooting of Dabangg 3 commenced in April this year and by the end of July and August, they will reportedly wrap up the film. 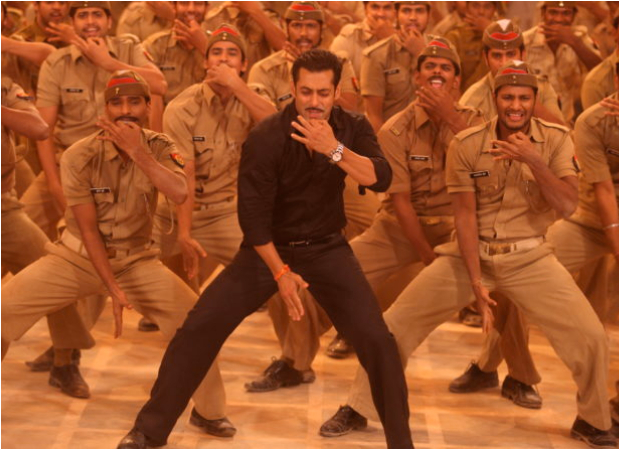 It is known that the previous films have several peppy dance numbers especially the ones filmed with Salman Khan and the policemen. The first film had 'Humka Peeni Hai' and the second one had 'Pandeyji Seeti'. Now, the third installment will have a similar song titled 'Seeti'. The foot-tapping number will be picturized on him and the policemen. The actor will also be dancing on 'Munna Badnaam Hua' song. Two of the dance numbers will also feature Mouni Roy and Warina Hussain.

Dabangg 3, helmed by Prabhu Dheva, stars Sonakshi Sinha and Arbaaz Khan. Kannada superstar Sudeep is the antagonist in the film. The film is set for Christmas 2019 release.