Well, it is obviously a great moment for all Bryan Adam fans in India as they are gearing up to welcome their favourite icon to their country. Amidst them, are also bandwagon of Bollywood celebrities who have something special up their sleeve for the grand welcome of the Canadian singer-songwriter. From what we hear, the plan includes a lavish bash to some interesting performances. Celebrities like Amitabh Bachchan, Baahubali star Prabhas, Priyanka Chopra, A R Rahman are expected to be a part of these events. 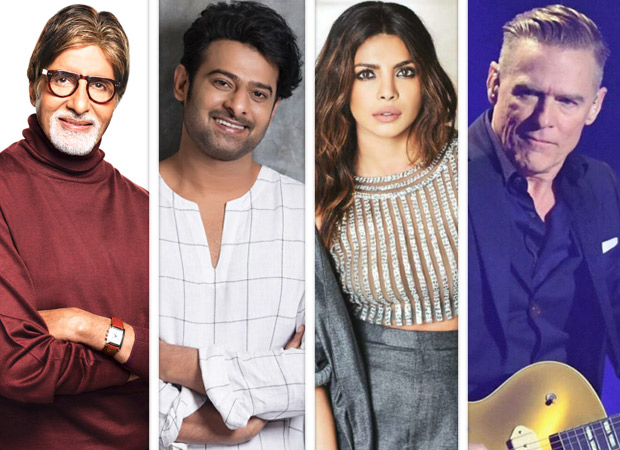 Bryan Adams is all set to visit India after almost seven years and this time he plans to hold concert at the prime metros of the country. From Ahmedabad to Mumbai to Delhi to Bengaluru to Hyderabad, the American singer-songwriter will be seen performing at these cities as a part of the tour that promotes the compilation of 21 of his tracks under the title Ultimate. Keeping his tight schedule and also keeping in mind that Bryan wants to explore the country since he is visiting after long, there are limited but grand events being planned for his welcome.

If recent reports are to be believed, Amitabh Bachchan and Prabhas are planning to hold a private bash to welcome Bryan Adams in Mumbai and Hyderabad respectively. The bash will only have limited members. On the other hand, some of the fans of the Summer of 69 maker, like Alia Bhatt, Farhan Akhtar amongst others might also attend the concert owing to their love for the singer.

On the other hand, Priyanka Chopra and A R Rahman will be joining Bryan Adams for performances. It is being said that the organizers weren’t keen on having other artists perform alongside the American singer. However, it seems that they decided to make an exception when it came to these two Bollywood celebrities. Let us tell you that Priyanka Chopra has worked with Bryan Adams in the past, whereas, A R Rahman is Bryan Adams’ favourite musician from India. Considering the same, we hear that the organizers were planning to add these performances during the concert tour.

However, further details on the Bryan Adams musical tour are yet to be revealed.

Also Read: “I had no work, no money and a bagful of ill-mannered threatening creditors” – Amitabh Bachchan reveals how KBC happened to him