Veteran actor Amitabh Bachchan is the No. 1 Hero of the country as per the Mood of The Nation survey conducted by India Today. With 30.6 % votes, Amitabh has beaten several contemporary actors for the top spot. Akshay Kumar earned the second spot with 12% vote share while Salman Khan and Shah Rukh Khan took up the third and fourth spot with 7 % and 5.2 % vote share respectively. At fifth place is Rajinikanth with 3.9 % vote share. 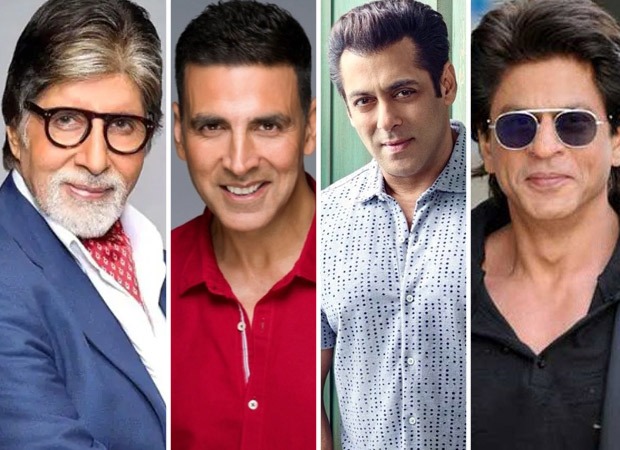 Amitabh Bachchan is one of the busiest actors and in the last year despite the pandemic was jumping from set to set. Apart from shooting for the film, he also hosted the 13th season of the popular television quiz show Kaun Banega Crorepati. He was last seen in the film Chehre alongside Emraan Hashmi. The film had a digital release. He now has an interesting lineup of films including Brahmastra, Runway 34, Good Bye, Uunchai, Jhund, The Intern Remake, and Nag Ashwin's untitled film.

At number two is Akshay Kumar who is known to do the most number films annually. Credited for reviving the theatres business with his films Bell Bottom and Sooryavanshi, the actor has asserted his dominance at the box office. He will next be seen in the film Prithviraj, followed by Bachchan Pandey. He also has OMG 2, Ram Setu, Selfiee among others in the pipeline.

Salman Khan and Shah Rukh Khan have been in the news throughout the year for their films Tiger 3 and Pathan respectively. The duo will also be sharing screenspace as SRK will be doing a cameo in Tiger 3 and Salman will have a cameo in Pathan. Meanwhile, megastar Rajinikanth has been in news for his upcoming film Annatthe.