The makers of Amitabh Bachchan and Emraan Hashmi starrer Chehre have preponed the release date of the film. The film which was earlier scheduled to be released on April 30 will now hit the theatres on April 9. 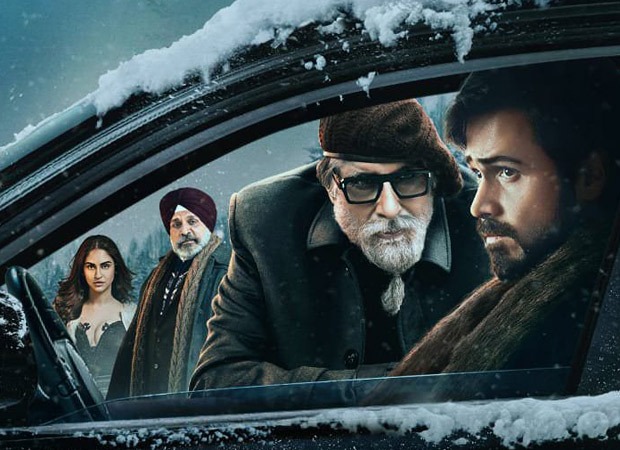 On Thursday morning along with a teaser of Chehre, Amitabh Bachchan took to his Twitter handle to announce the new release date of the film. “Are you ready to #FaceTheGame? Kyuki iss adaalat mein khel ki shuruaat ho chuki hai. Dekhiye #Chehre in cinemas, 9th April," he wrote along with the teaser link.

The change in the date comes minutes after Bollywood Hungama broke the news of the release date of the much awaited Akshay Kumar starrer Sooryavanshi. The film directed by Rohit Shetty and starring Katrina Kaif as the female lead will hit the theatres on April 30. The makers of Chehre probably wanted to avoid a clash and decided to prepone the release of their film.

Amitabh Bachchan and Emraan Hashmi will be coming together onscreen for the very first time, for an intriguing noir drama/mystery thriller helmed by Rumy Jafry and produced by Anand Pandit. Chehre also boasts of a stellar ensemble cast in the shape of Annu Kapoor, Krystle D’Souza, Drithiman Chatterjee, Raghubir Yadav and Siddhanth Kapoor.

ALSO READ: Rhea Chakraborty blocked from Chehre poster; big blow to her plans to make a comeback to Bollywood