The family comedy is all set to release in November 2019!!  After absolutely dominating the family and satire genre with cinematic gems such as Vicky Donor and Piku, the inimitable Shoojit Sircar has rounded up the perfect dream team for his family comedy Gulabo Sitabo releasing this year! 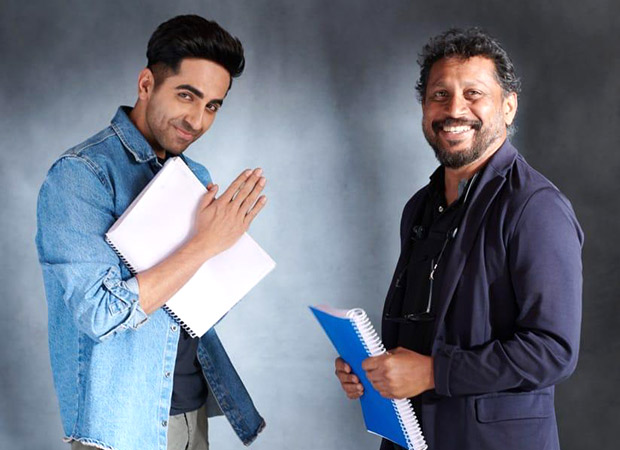 Megastar Amitabh Bachchan and the versatile Ayushman Khurana (who has had an unbelievable inning with his recent hits) have come together for the first time to tickle our funny bone in a quirky comedy set in Lucknow.

Written by the award-winning Juhi Chaturvedi (Of Vicky Donor, Piku and October fame), Gulabo Sitabo will release this November 2019 and is produced by Ronnie Lahiri and Sheel Kumar.

Speaking on getting together India's masterful thespian and the maverick young star together onscreen, director Shoojit Sircar says, “Me and Juhi have been working on this script for quite some time...and as we all know when Juhi comes up with a story it has her trademark quirk in it. As soon as I read it I was extremely excited and shared it with Ronnie, my dear friend and Producer and to both Mr Bachchan and Ayushman at the same time. I thought it would take some time to develop and proceed but everyone including the duo were so enthusiastic to do this script, that they figured their dates and here we are, planning to release it this year! After Piku and Vicky Donor I had been wanting to work with Mr. Bachchan and Ayushman on an equally quirky script so this fell perfectly in place. Speaking on the title, the story is based in Lucknow, and Gulabo Sitabo is a fun colloquial metaphor used by the locals..as to it's connected to the story, wait and watch the film to know more."

Directed by Shoojit Sircar and produced by Ronnie Lahiri and Sheel Kumar, Gulabo Sitabo is a Rising Sun Films Production.

“I have grown up on Amitabh sir’s movies and like every Indian boy idolized him, followed him and wanted to be like him since my childhood. Like millions of Indians, I’m a huge fan of the legend so it’s a dream come true for me to get the opportunity to share screen space with him and learn from him, face to face,” says Ayushmann.

“It is a big dream come true moment for the hugely versatile actor who has always wished to earn the experience of working with the Indian cinema icon. “It’s really a surreal moment for me. It’s a moment that I have always wished for ever since the time I wanted to become an actor but now that I’m going to finally act with him, I think it’s going to be extremely overwhelming for me,” he adds.

Also Read: Ayushmann Khurrana heads to Lucknow to shoot for Anubhav Sinha’s next