Leading producer and director, Sajid Nadiadwala comes on board to co-produce ‘83 along with Madhu Mantena and Reliance Entertainment. Sajid and Madhu Mantena will also be producing three more films together over a period of three years. 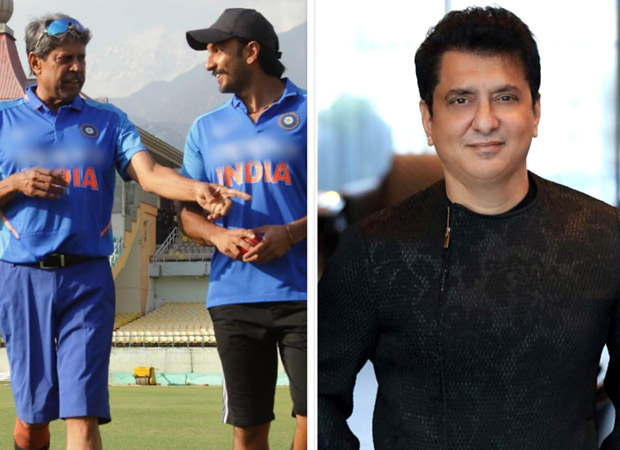 The film, ‘83 starring Ranveer Singh as Kapil Dev has been creating immense buzz since the moment the project was announced. With the preparation already in full swing with the cast, the film’s horizon just got broader with Sajid Nadiadwala coming on board as a co-producer.

Along with ‘83, Sajid is also committed to co-produce three more scripts with Madhu. “All four scripts including that of 83 are excellent. As a producer one has to commit to the material in hand more than anything else. Coming on board for ‘83 is feeling of personal joy as I saw that glorious moment on live television but again it’s the script that has blown my mind. There are certain projects that develop an aura around them and ‘83 is one of those projects."

Tracing the historic victory of 1983 world cup, Kabir Khan's upcoming directorial is being presented by Anil Dhirubhai Ambani’s Reliance Entertainment and will star Ranveer Singh as the former captain of the Indian Cricket Team Kapil Dev. The film '83 would be Ranveer Singh's first trilingual film to be made in Hindi, Tamil, and Telugu.

Welcoming the co-producer on board, Madhu expressed, " Sajid Nadiadwala is one of the most valuable anchors these films can get. He has an astute understanding of content and business and is completely hands-on as a producer. We will immensely benefit from this partnership".

Also Read: ’83 – Ranveer Singh sporting a pony has left everyone SURPRISED as he practices for the role of Kapil Dev