After calling out Bollywood and Alia Bhatt for not speaking up about political issues, Kangana Ranaut yet again accused the actress of giving a mediocre performance in Gully Boy and later, her sister called out her for having a British citizenship. Followed by that, Soni Razdan reacted to being called out for being a foreigner with a non-Indian citizenship and spreading hatred, which further led to a Twitter war with Kangana’s sister Rangoli Chandel. When the latter during the Twitter war accused Mahesh Bhatt of throwing chappal towards Kangana Ranaut, here’s how Soni Razdan reacted to it. 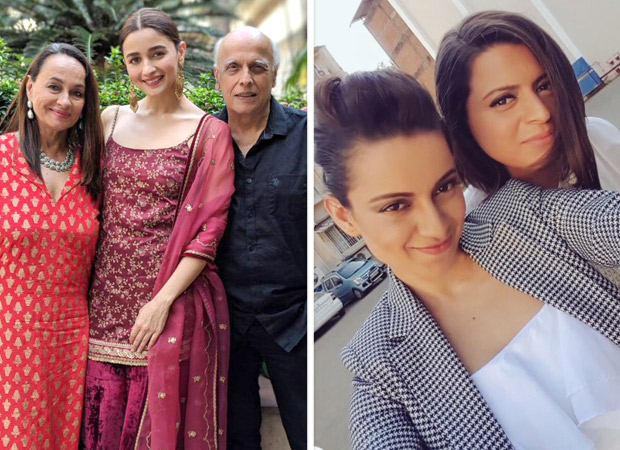 If recent reports are to be believed, Soni Razdan was asked about these allegations made by Rangoli Chandel on Twitter. To the same, she responded by maintaining that she would like to stay away from this madness. It seems that Soni too decided to take the high road like her daughter Alia Bhatt. For the uninitiated, Rangoli Chandel, in a series of tweets, had accused Mahesh Bhatt of throwing a chappal at Kangana Ranaut during the premiere of Woh Lahme and Rangoli expressed her anger towards the filmmaker for making the then 19 year old actress cry for the whole night:

(Contd).... please note that he doesn’t own that production house, after Woh Lamhe when Kangana refused to do a film written by him called ‘Dhokha where he wanted her to play a suicide bomber he got so upset that he not only shouted at her in his office..... (contd) @Soni_Razdan

.... but later when she went for Woh Lamhe preview to a theatre he threw chappal on her, he didn’t allow her to see her own film, she cried whole night .... and she was just 19years old . @Soni_Razdan