Akshay Kumar has stepped in to boost his wife Twinkle Khanna’s cousin Karan Kapadia debutant’s energy in a music video for the film Blank which opens next Friday. Karan is not only related to the three actors Dimple Kapadia, Twinkle Khanna and Akshay Kumar in his family (at least two of these are certified actors while the third claims she was an accidental actor), Karan’s own mother Simple Kapadia who died tragically young was also an actor though her career never took off in spite of roles in film directed by masters like Shakti Samanta (Anurodh) and Dev Anand (Loot Maar). 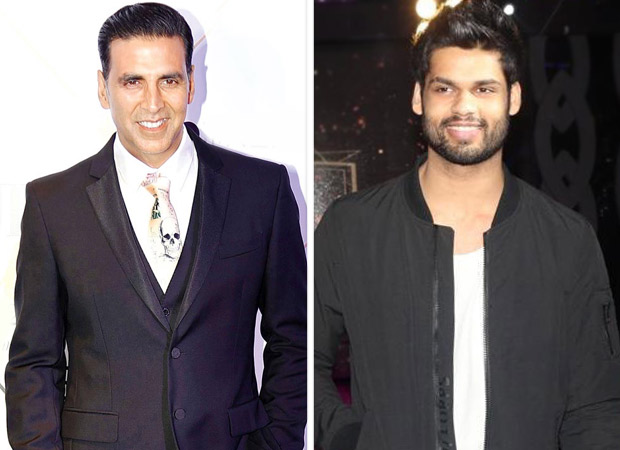 To see Karan jiving in tandem with his superstar cousin-in-law Akshay to the beats of a song that addresses itself to the One Above, is a sight for confident-building institutions. Karan doesn’t allow himself to look overawed as he jives to the Sufiana beats of ‘Ali Ali’ with Akshay.

I haven’t seen Akshay in an Islamic Sufiana song in recent times. He is seen having an enjoyable time, reaching out with throat, hand and emotion for the Almighty. Interestingly Karan Kapadia plays a suicide bomber in Blank while Sunny Deol, his aunt Dimple Kapadia’s friend for many years, is the cop out to get him.

In the light of the gruesome terror attack in Sri Lanka, the thought-processes of a suicide bomber would make for an urgent case-study on the anatomy of terrorism. Years ago Mahesh Bhatt’s only son Rahul was to make his debut as a suicide bomber in a film that Anurag Basu was to direct. It never happened.

Karan Kapadia looks every bit as confident as an actor who has been around for a while. The nervousness of the newcomer seems like a far-off concept in today’s cinema. After Ishan Khattar, Janhvi Kapoor and Sara Ali Khan in 2018, we haven’t had a successful debutant yet in 2019.