Akshay Kumar made his way to South cinema with Rajinikanth starrer 2.0. The actor played the villain in the sci-fi drama. In the past couple of years, many films are releasing in China and seeing a lot of success. Following the trend, 2.0 will also release in China and the date is set for July 12. 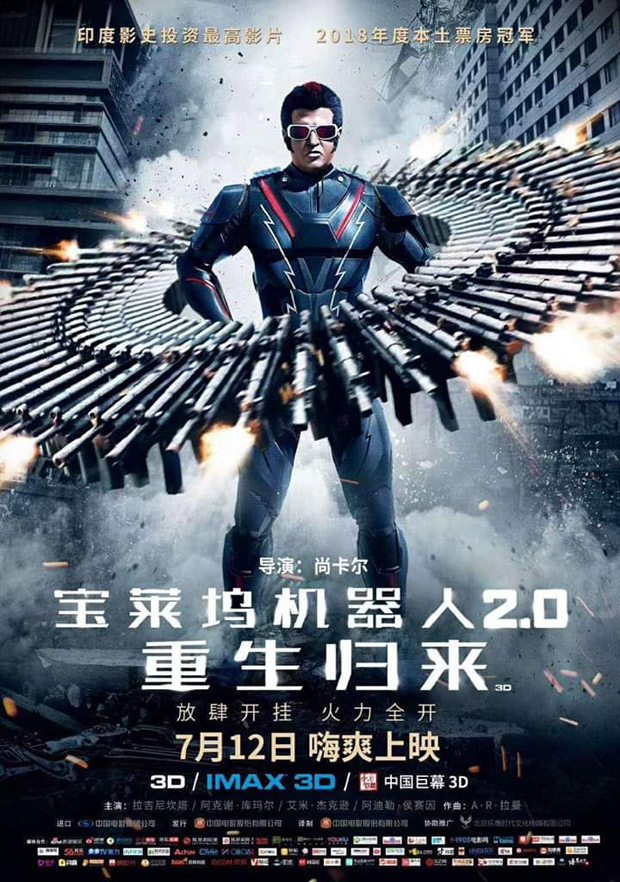 Akshay Kumar and Rajinikanth starrer 2.0 to release on July 12 in China, poster leaked

In China, it is being reported that the film will release in 56,000 screens (including 47,000 3D screens). 2.0 will be the first movie of Rajinikanth to see a China release. The film was expected to realise in May this year but was postponed. Now, the leaked poster reveals that the film is set to hit the screens on July 12.

Directed by Shankar, Rajinikanth returned as Chitti after his first film, Robot. The film was made on a massive scale and it is, till date, the most expensive film made in India.