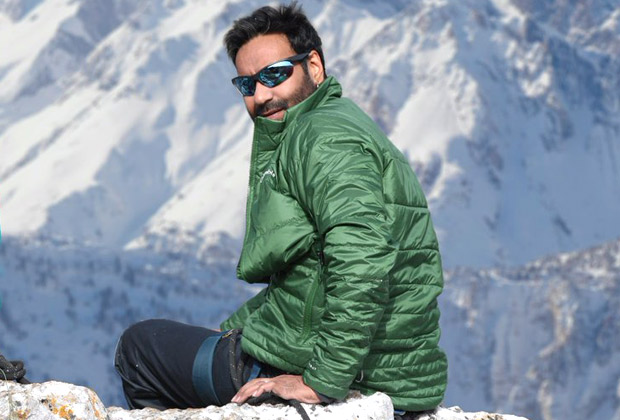 Ajay Devgn is finding himself in a happy space. Three weeks before the arrival of the biggest film ever of his career, Shivaay, he has the count of screens sorted. Though he and his team are yet to make the number official, insiders reveal that he has managed to strike an impressive enough deal.

"That's correct," informs our source, "Since the promo met with such a fantastic response; the ball was now in the court of exhibitors and theatres chains to take a judicious call. With the film heating up well with every passing day and the songs sustaining the momentum as well, the film is superhot."

That has ensured that the film would get around 3000 screens when it releases this Diwali.

"It is a good number by all means and also a good split between Shivaay and the other biggie, Ae Dil Hai Mushkil," an expert adds, "It is a given that on October 28, there would be only two films playing in theatres that screen Hindi films - Shivaay and Ae Dil Hai Mushkil. Nothing else would really matter at that time. Considering the fact that there are over 5500 notable screens in the country and many others would be made available in the count as well (especially in smaller towns and cities), this number would increase."

The situation would then be akin to last year's clash of Dilwale and Bajirao Mastani when both films ended up getting a good count of screens due to them being the only ones in fray.

"It should be a healthy scenario at the Box Office for both the films now," the expert adds, "No one is biting into other's business. Other than multiplexes, Shivaay warrants a larger presence in single screens due to Ajay Devgn's hold over the mass fan base for 25 years. On the other hand, Karan Johar and his team of Ranbir Kapoor, Aishwarya Rai Bachchan and Anushka Sharma would be looking at a bigger presence in multiplex chains, though many major single screens would screen the film too."

Unlike some of the unhealthy scenarios in the past when clashes have turned ugly, 2016 is turning out to be a good year where opportunities have been more or less equal for all with no bad blood flowing.

"A few weeks back it was Rustom v/s Mohenjo Daro. There was no ill will or bad talk between those associated with the two films. Both films arrived at a good count of screens," the source comments, "Now it looks like Shivaay and Ae Dil Hai Mushkil too won't have any complaints as far as presence in theatres is concerned. While a better film will obviously race ahead, the best case scenario would be for both to be good enough so as to entertain the audience in equal measures."