Ajay Devgn and Keerthy Suresh, who recently started shooting for Amit Sharma's Maidaan, have wrapped up the second schedule of the film in Mumbai. This is the first time that Ajay and Keerthy shot together for the film. This movie also marks the Hindi film debut of Keerthy, whose work in South Indian cinema has made her one of the most sought after stars. 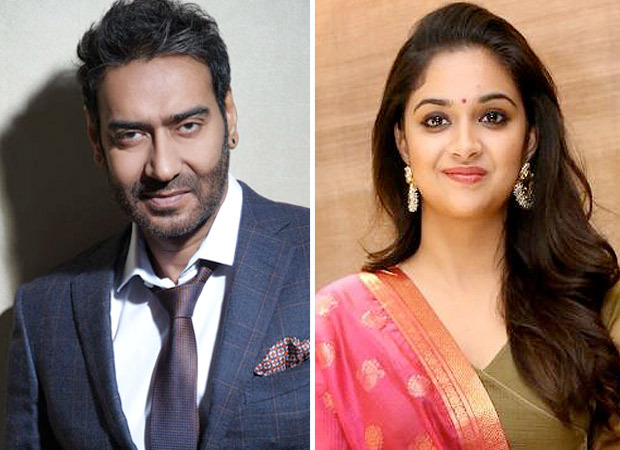 The makers shot for an important football sequence of the film for which a massive set was built in Mukesh Mills, Mumbai. The makers even got the VFX team and the sports choreographer from LA to make sure that the football sequence is of the highest quality. The next schedule of the film will begin on 3rd November in Kolkata.
Maidaan is based on the Golden years of Indian Football and will see Ajay Devgn essay the role of the legendary coach Syed Abdul Rahim who is also known as the father of Indian football for his achievements in making India a top nation in Football during his lifetime.
Produced by Zee Studios, Boney Kapoor, Akash Chawla, and Arunava Joy Sengupta, the film is directed by Amit Sharma, screenplay and dialogues are written by Saiwyn Quadros and Ritesh Shah respectively.

EXPLOSIVE NEWS: Ranveer Singh’s next with…