Host and comedian Maniesh Paul has started his own variety show called Movie, Masti with Maniesh Paul which features celebrities. The weekend show brings several celebrities who are quizzed about their Bollywood knowledge among other funny segments. 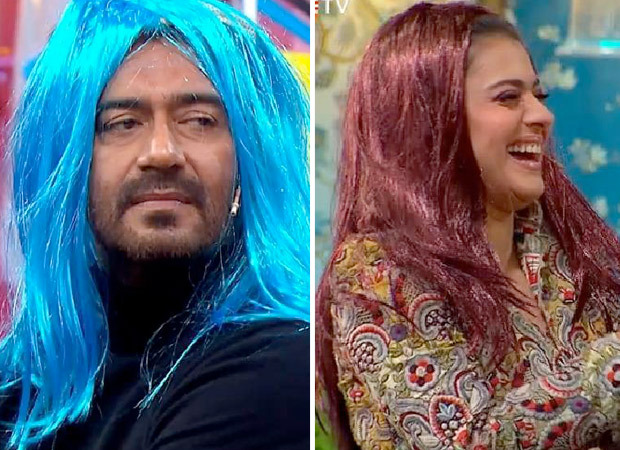 In the upcoming episode, Ajay Devgn and Kajol will grace the show and are all set to have a blast in the show. One can see from the sneak peek that Ajay is donning a blue wig as Maniesh asks him to pose as Singham. In the clip, Kajol can't stop laughing. She is also sporting a brunette wig.

Get ready to witness the roar of #Singham..... but with a twist! ???? Tune in to 'Movie Masti with Maniesh Paul' starting 5th October, every Sat-Sun 9:30 PM only on #ZeeTV @kajolislove @kajol @ajaydevgn @manieshpaul @teamajaydevgn @ajaydevgn_king #MovieMasti #LolWithManieshPaul

On the work front, Ajay Devgn will be next seen in Tanhaji: The Unsung Warrior which will also have Kajol's special appearance. Besides this, he will be seen in Bhuj: The Pride Of India, Chanakya, Maidaan, Luv Ranjan's production among other projects.