The title for Abhishek Kapoor's directorial, a modern love story, has been announced as Chandigarh Kare Aashiqui. The film stars Ayushmann Khurrana and Vaani Kapoor in lead roles. The team recently started shooting for the film in Chandigarh. 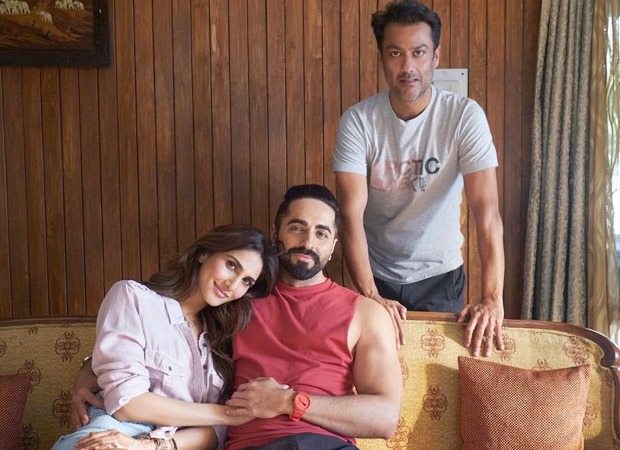 Ayushmann Khurrana will be seen in a totally new avatar in the film as the actor has been prepping up for months to beef up. Both Vaani and Ayushmann will be seen playing a cross-functional athlete in the film. . This is the first time that Vaani has been paired opposite Ayushmann Khurrana and their jodi is definitely one of the freshest on-screen pairings of Bollywood to hit the screens in 2021.

Next stop: My hometown Chandigarh for the first time❤️
Excited to be a part of Abhishek Kapoor's delightful progressive love story #ChandigarhKareAashiqui.
Produced by Bhushan Kumar and Pragya Kapoor co-starring Vaani Kapoor. pic.twitter.com/0OOG7tcEWG

While speaking about the film, Vaani had said, “It’s a lovely heart-rendering film. I have always wanted to work with Abhishek Kapoor, being so inspired by his films this feels like an amazing opportunity to be part of his vision. Ayushmann is one of the most talented actors of our generation and I’m only thrilled about our first film together to be this beautiful love story."

A T-Series and Guy in the Sky Pictures production, Chandigarh Kare Aashiqui is produced by Bhushan Kumar and Pragya Kapoor.