CHANDIGARH KARE AASHIQUI is recommended. The superlative performances of Ayushmann and Vaani are like the icing on the cake.

CHANDIGARH KARE AASHIQUI is a mind-bending love story. Maninder aka Manu Munjal (Ayushmann Khurrana) lives with his father (Girish Dhamija) and grandfather (Aanjjan Srivastav) and is a gym trainer. His sisters Preet (Tanya Abrol) and Meet (Sawan Rupowali) are married and they try to dominate his life and his choices. His father, meanwhile, is trying to force him to quit being a bodybuilder as he's not earning much. He has lost a bodybuilding championship two consecutive times to Sandy (Abhishek Bajaj), a fellow bodybuilder. Manu is gearing up for the upcoming edition of the tournament but he doesn't seem to be in his best form. Life is not going great but one day, he meets Maanvi Brar (Vaani Kapoor). She has rented a vacant space in Manu's gym to conduct Zumba classes. Both soon strike a friendship. When Manu injures himself in the gym, Maanvi takes him to the hospital and even drops him at home. His family members get excited to see him with a girl as they have been behind his life to get married. Manu clarifies that she is just a friend but it falls on deaf ears. Meanwhile, Manu actually falls for her. On the day of Holi, they get intimate. Before they have sex, Maanvi stops him for a second to clarify something. Manu doesn’t let her speak and kisses her. From here on, they begin a romantic relationship. One day, when Manu is at Maanvi's place, he proposes marriage. At this point, Maanvi reveals a shocking truth about her life. What happens next forms the rest of the film. 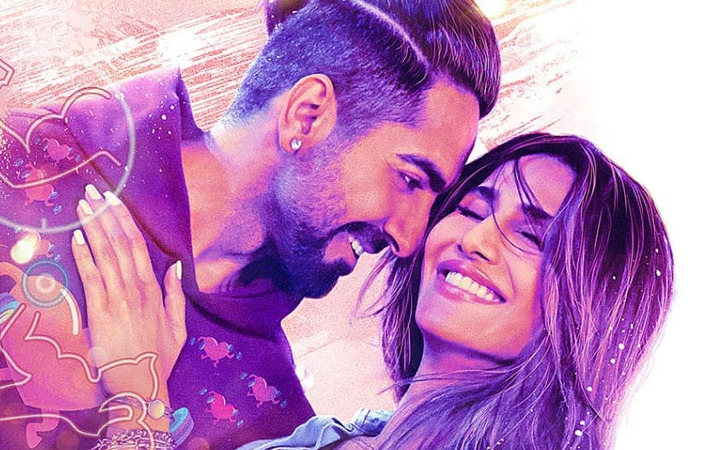 Abhishek Kapoor's direction is neat. He treats the film in a commercial manner and ensures that though the topic is bold, the film is very much mainstream. His execution is also a surprise as it’s unlike his previous films like ROCK ON [2008], KAI PO CHE [2013], FITOOR [2016] and KEDARNATH [2018]. Some scenes are exceptional, especially the ones dealing with Maanvi and her dilemma. Abhishek deserves kudos as he handles this bit very sensitively and even defies stereotype. On the flipside, though the first half is excellent, in the second half, the film drops a bit. After Maanvi's revelation, it seemed like the writers did not know what to do to keep the interest going. They do pepper the narrative with some interesting scenes but it’s not as impactful as the scenes in the first half. Thankfully, the film picks up from the pre-climax.

CHANDIGARH KARE AASHIQUI is just 117 minutes long and introduces the characters immediately and neatly. The way the romance blooms between them is believable. The lovemaking scenes are intense but not too bold as well. The scene where Maanvi makes the big confession is arresting but even more impactful is the intermission point. In the second half, it’s the hospital sequence from where the film gets back on track. The climax is nail-biting and would be enjoyed by the viewers. 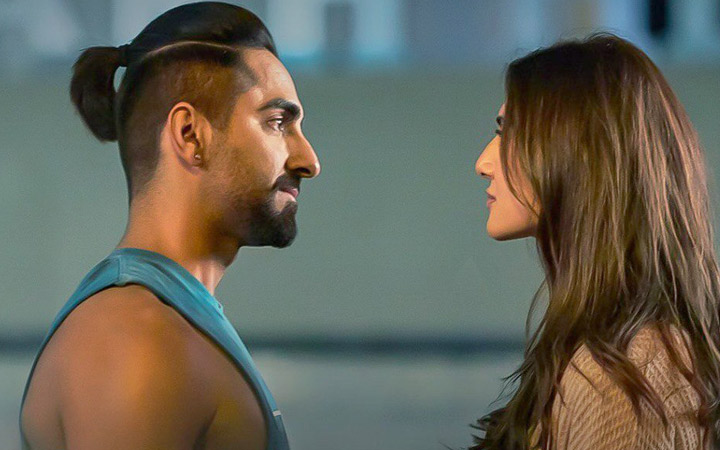 Ayushmann Khurrana is in top form as always. And this time too, he gives everything to his character, including an impressive physical transformation. He is known for choosing risqué topics and CHANDIGARH KARE AASHIQUI is no exception. He deserves kudos for yet again stepping out of his comfort zone and taking up a role that not many actors would have dared to accept. Vaani Kapoor is outstanding and is sure to surprise audiences. This was a challenging part but she essays her it with perfection and most importantly, with sensitivity. She also deserves praise for agreeing to do this part, which many actresses might not even touch with a barge pole. She will definitely be seen in a new light after this film. Kanwaljit Singh (Brigadier Mohinder Brar) is adorable. Karishma Singh (Akshita; Maanvi's friend) leaves a huge mark. Girish Dhamija and Aanjjan Srivastav are okay. Tanya Abrol is apt for the part while Sawan Rupowali lends able support. Abhishek Bajaj and Satwant Kaur (Navjot Brar; Maanvi's mother) are decent. Goutam Sharma (Jomo) and Gourav Sharma (Riz) are fine as the twin brothers cum Manu's sidekicks. Yograj Singh (Guruji) is average.

Sachin-Jigar's music is foot-tapping. The title song, played in the end credits, is well shot. 'Kheech Te Nach' is the best of the lot. 'Kalle Kalle' and 'Maafi' are touching. 'Tumbe Te Zumba' is decent. 'Attraction' is played in the lovemaking sequence and is again, picturised nicely. Sachin-Jigar's background score is appropriate.

On the whole, CHANDIGARH KARE AASHIQUI tackles a bold and taboo subject sensitively and is high on emotions. The superlative performances of Ayushmann Khurrana and Vaani Kapoor are like the icing on the cake. Recommended!

EXCLUSIVE: Chandigarh Kare Aashiqui antagonist Abhishek Bajaj reveals he had sixteen stitches in his hand while auditioning for the film