It seems like Ajay Devgn and Abhishek Bachchan will be reuniting after starring in Rohit Shetty's Bol Bachchan in 2012. Now, Abhishek will be reportedly starring in Ajay's production which will also have Ileana D'Cruz in pivotal role. The film will be directed by Kookie Gulati who worked as creative director on Total Dhamaal. 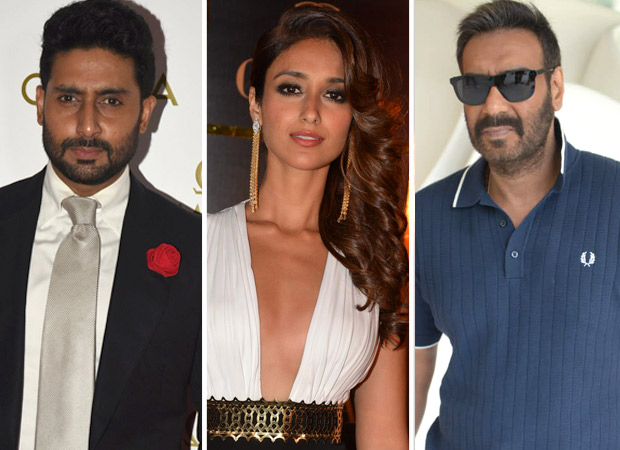 The film is based on real incident that took place between 1990 and 2000. The team is currently doing the recee for the film and it is under pre-production. Ileana D'Cruz has a strong role in the film but she isn't paired opposite Abhishek Bachchan. As per reports, another actress will be roped in who will be paired opposite Abhishek. The makers plan to take the film on floor by the end of the year. While it is unclear whether Ajay will star in the film or not, this film seems to be an amazing collaboration.

Meanwhile, Abhishek Bachchan will be next seen in Anurag Basu's untitled multistarrer. Besides this, he is also starring in Amazon Prime Original, Breathe 2. Ajay Devgn is busy with the shooting of Bhuj: The Pride Of India. He has many projects including Chanakya, Tanhaji: The Unsung Warrior among others.