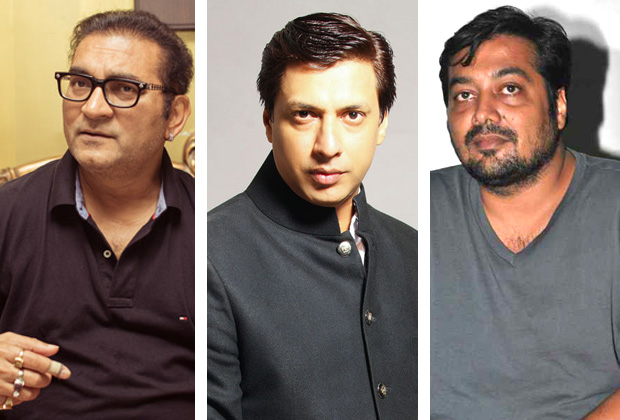 We all know that Karan Johar is gearing up for his upcoming directorial venture Ae Dil Hai Mushkil and, so far, it is not going well for him. The film has been under fire for having Fawad Khan as a part of the cast since Pakistani artists have been banned in India after the Uri attacks. Even theatre owners have banned the film in four states.

While the ongoing protests are escalating, filmmaker Anurag Kashyap came out in support of Karan Johar and protested against Prime Minister Narendra Modi. This morning, we had reported that Anurag had called out PM Modi for visiting Pakistan PM Nawaz Sharif last year and also that how film industry had become a soft target for everything.

After receiving a lot of backlash for protesting against Modi, Abhijeet Bhattacharya and Madhur Bhandarkar too slammed Anurag for his harsh words. Abhijeet has been very vocal about his hate towards Pakistani artists since the very beginning. He had even lashed out on Karan Johar for casting Fawad Khan in the film. In a series of tweets, he had some very harsh things to say to Anurag.

Save our #Bollywood from #Antiindiabrigade CHHAKKAS and friends of terrorists headly, Hafiz, Pak hero @ArvindKejriwal @anuragkashyap72

Abhijeet Bhattacharya wasn't the only one who disliked Anurag Kashyap's rant. Filmmaker Madhur Bhandarkar also criticized him adding that Modi is being dragged into this when he and his government are not the ones who have asked for the ban of these artists. In a press meet in Delhi, he said, “Whatever Anurag Kashyap said is wrong, Neither BJP nor the Government issued any ban, it has become a trend to protest against Modi Ji.”