Not too long ago, we saw Kajol taking off to Singapore for a short trip and joining was her daughter Nysa. The duo attended the unveiling ceremony of the wax statue of Kajol at Madame Tussauds. And now, Nysa will be taking off to London to join her father Ajay Devgn who is busy with his film commitments. Also, Kajol and son Yug will soon join Ajay as they are all set for a Europe break. 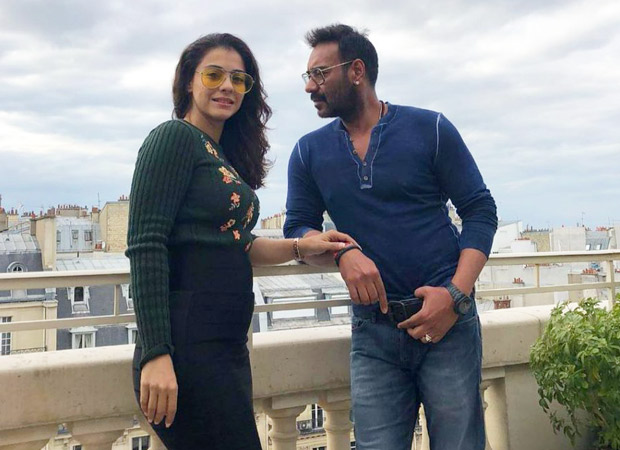 For the uninitiated, Ajay Devgn is busy shooting for his next, which is directed by Akiv Ali. Produced by Sonu Ke Titu Ki Sweety director Luv Ranjan, the film has kicked off its London schedule. The Drishyam star is shooting with Rakul Preet Singh for the said film in the Queen’s city. However, once he wraps up the said schedule, which is almost nearing its end, the actor will soon take off for the trip.

On the other hand, speaking of Nysa, the star kid, who is busy studying in Singapore, has her summer breaks. And hence, she will be spending the same with her family. Her holidays are expected to begin from July 11, which is when she will be joining her parents and her younger brother for the trip.

However, Kajol and Yug are expected to be joining Ajay in the next couple of days. But, the vacation won’t start until Nysa arrives. As for Kajol, the actress is planning to do some work until then. She and her actor-producer husband will prep for a press conference to be held in London.

The said conference is for their upcoming film Eela. The film, which is an adaptation of the Gujarati play ‘Beta Kagdo’, will be bringing together this power couple. However, they aren’t coming together as actors. Ajay Devgn will be producing this Pradeep Sarkar directorial which features Kajol as a strong protagonist. A press conference to announce the film will be held in the Queen’s city, followed by which the filmy family will take off for their vacation.

Also Read: AJAY DEVGN in talks with Raj Kumar Gupta and Neeraj Pandey for their NEXT projects!