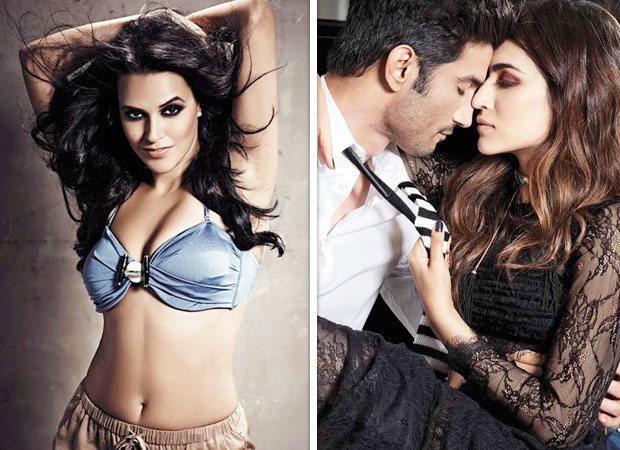 Kriti Sanon and Sushant Singh Rajput have been in news ever since the making of their film Raabta. While Raabta is gone and dusted, the gossip mills continue to whisper behind doors regarding the alleged couple. But former beauty queen Neha Dhupia, known not to mince words, made a startling statement and it will definitely take you by a surprise.

Neha Dhupia, who has now turned anchor and even judge for a couple of shows, recently went on to reveal a few secrets in an ‘unfiltered’ interview for Grazia during its edition last month. Amidst many unknown facts about her, she was asked about a rumour that is doing rounds but is actually true and her answer was equally surprising. The actress said, “Kriti Sanon and Sushant Singh Rajput are seeing each other.”

While we wonder the repercussions of this statement, let us also reveal that this is not the first time where the reel life couple was alleged to be dating. It further fueled up after Sushant Singh Rajput broke up with his longtime live-in girlfriend and TV co-star Ankita Lokhande last year. However, throughout the promotions of their film Raabta, Kriti and Sushant have maintained silence about their relationship.

In fact after Raabta, Sushant Singh Rajput and Kriti Sanon even came together for a music video titled ‘Paas Aao Na’. But both of them continue to stay mum about the rumours around them.

On the film front, while Sushant Singh Rajput has moved on with several projects in hands which include Drive and Chanda Mama Door Ke, Kriti Sanon is gearing up for the release of Bareilly Ki Barfi which releases next week.