Irrfan Khan is all set and raring to go as he is all set to make a smashing comeback with English Medium, a sequel to his critically acclaimed Hindi Medium. He came back to India after a prolonged treatment abroad but he kept a very low profile after he came back. Whenever he got clicked by paps, he made sure to keep his face covered. But the usually guarded Irrfan finally let himself photographed recently. He carefully removed his scarf and posed in front of the cameras. Irrfan seems totally ready to roll! It is reassuring for his fans to see him all well and fit as it has been a long hiatus since we have seen him on screen. His last film was Karwaan starring Dulquer and Mithila Palkar. 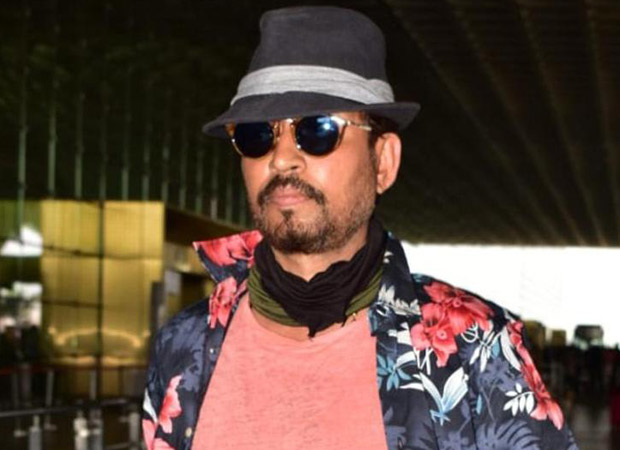 Irrfan Khan was diagnosed with the neuroendocrine tumour. This is a disease where the illness affects the cells that release hormones into the bloodstream. The actor flew abroad to get treated and now he is back. The first film he will start with is Hindi Medium sequel, English Medium. The lead actress is yet to be finalised but Irrfan is on board. Check out his video below:

After months of secrecy and speculation surrounding his recovery @irrfan uncovers his face and faces the paparazzi???? Welcome back #IrrfanKhan ????

It is touted that Kareena Kapoor Khan is being considered to play the lead opposite Irrfan and Radhika Madan has been roped into play his daughter who goes abroad to study further. An official confirmation is awaited.

Also Read: Irrfan Khan’s Hindi Medium sequel, English Medium, to be set in the US; Hunt for female lead on