It seems that Priyanka Chopra and Nick Jonas are facing some backlash from American media. Well, readers by now would have come across several reports that allege that the two of them are getting divorced whereas their Instagram posts and public appearances say otherwise. And before this, something that left all of us speechless was this article about Priyanka Chopra in a magazine where she was called a scam artist after she tied the knot with Nick Jonas. An upset cousin of the actress, Parineeti Chopra reacted to the same. 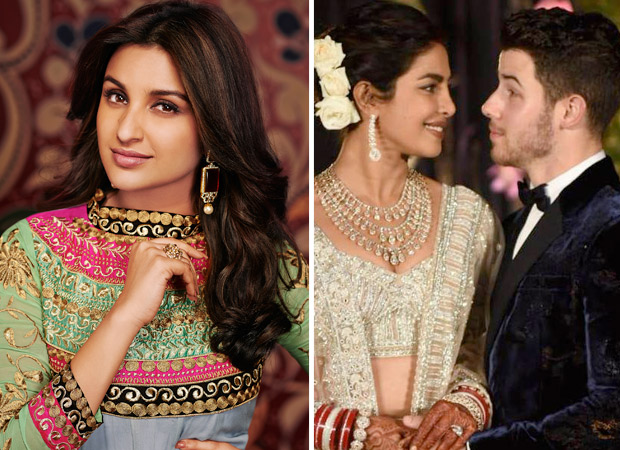 Parineeti Chopra, as mentioned by her, has been a part of the Priyanka Chopra – Nick Jonas love story since quite some time. During her Mimi di’s wedding, it was Parineeti who couldn’t stop gushing about her amazing brother-in-law. But when she came across such negative articles about her sister, she was obviously left upset. Yet, the actress refrained from making any comments. All she maintained was that the article was indeed terrible. However, furthermore, she asserted that her reaction is only restricted to the family and in no way will she be talking about it.

On the other hand, popular Game Of Thrones star Sophie Turner too had lashed out on the magazine for spreading negativity against her sister-in-law, Priyanka Chopra.

Meanwhile, current reports are abuzz with the divorce rumours despite that neither party has given confirmation on it. In fact, there are another set of reports stating that Priyanka Chopra and Nick Jonas may go the legal way and file defamation suit against the magazine which carried reports about their alleged divorce. Parineeti Chopra is yet to speak on these ongoing speculations about her sister’s life.

As for films, Parineeti Chopra was last seen in the Akshay Kumar starrer Kesari which also stars Akshay Kumar in the lead.